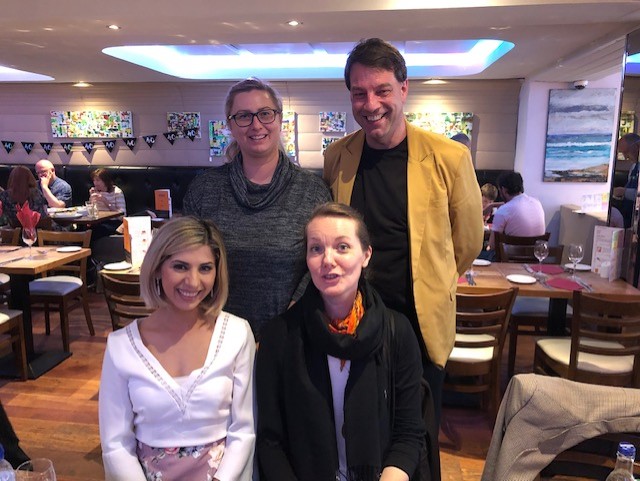 After months of planning, the first day of the Teesside International Women’s Invitation Chess Championship, supported by the English Chess Federation, finally arrived.

We already had the big announcement, an introduction to the players and a glimpse of the Vera Menchik Memorial trophy in earlier reports and now there is a lot more to tell.

Agnieszka, Raphaële and Gulbahor arrived on Teesside immediately after the 9th CSC Teesside Team Tournament (Rayelynn and Jo were due to join us on the following day).

Richard Harris, my excellent friend and fellow CSC tutor, was with me as we collected the three stars from the station.

We had time for a short walk down by the river in Yarm before heading off for a meal (one can recommend the black ravioli). 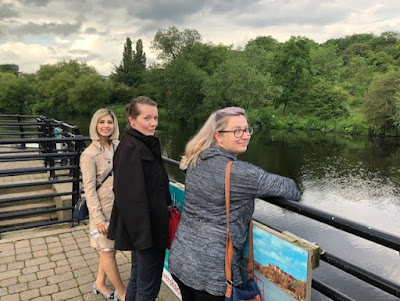 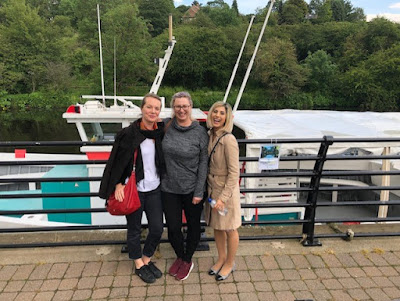 Richard was rewarded for his efforts with the biggest pizza ever seen in Yarm. 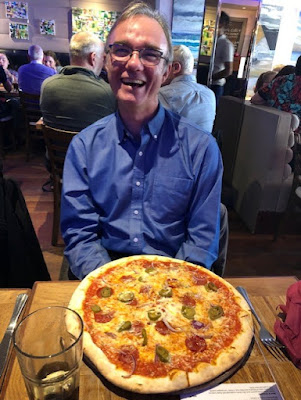 We then took the three players to their hotel where, in theory, they had a good rest before the tournament on the following day.