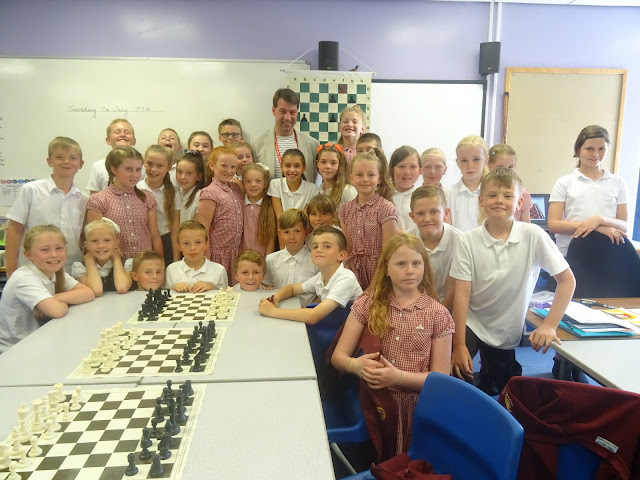 As the Summer sun finally emerges from the dark shadows, so the school term issues its last hurrah. Just one day remains for most of our schools (some already brought their term to an end last Friday).

Today was a very interesting day. Quite by chance, I met no fewer than five unrelated friends I had not expected to see (two on the same bus). Three of them I had not seen for a couple of years at least. Strange coincidences.

Chess-wise, I had a wonderful day with two big classes of children at Wheatlands Primary.

It was the last day of the school year at Wheatlands but that didn't mean a dip in efforts. The children worked hard and played hard. Time flew by - as it always does - and before we knew it the sessions were over once more.

It may sound crazy, but working with remarkable people every day makes me very reluctant to see the Summer break arrive. 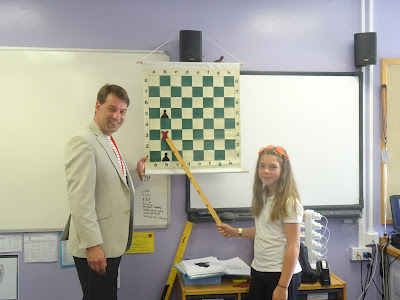 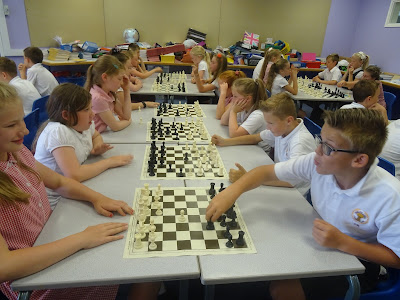 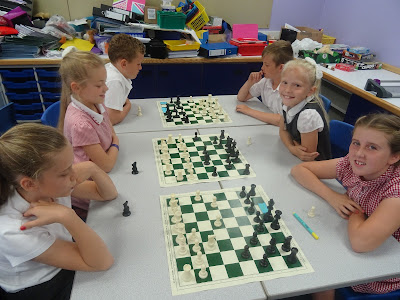 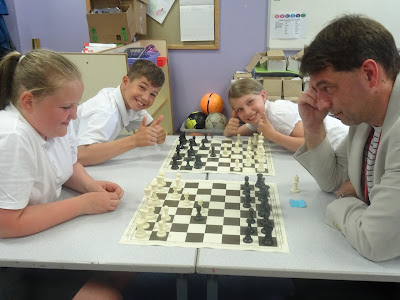 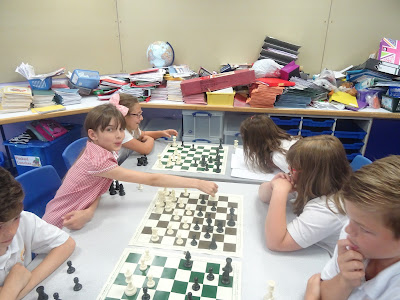 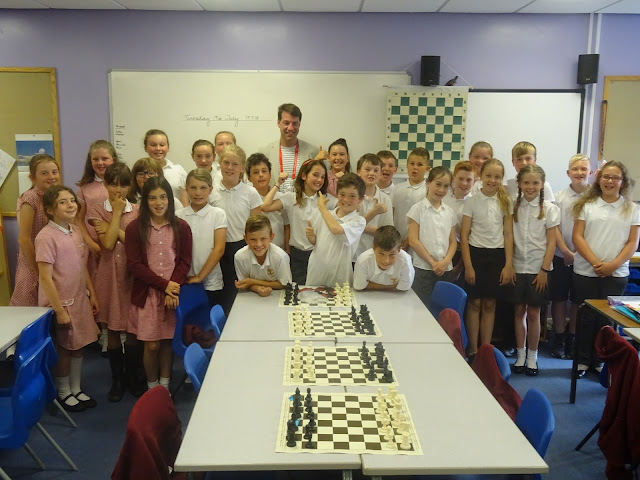 Posted by CSC Teesside at 10:33 No comments: 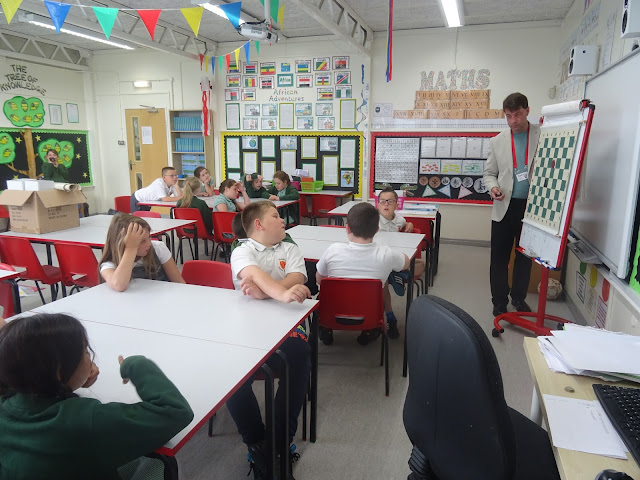 Summer is upon us and our schools are now just a couple of days away from their long break. There has been no slackening of efforts on the chess front though.

Today I made my third and final trip of the school year to Broadway Junior School in Sunderland.

Broadway have been utilising the CSC's First Move chess programme and their first year of chess, facilitated by Lisa Hastie, has been a very successful one.

Recently we hosted a special event featuring Broadway at Brambles and prior to that I had already enjoyed full days of chess back in October and April.

The three classes of children have enjoyed learning about chess all through the year and Broadway are about to renew with the First Move programme for 2016-7. 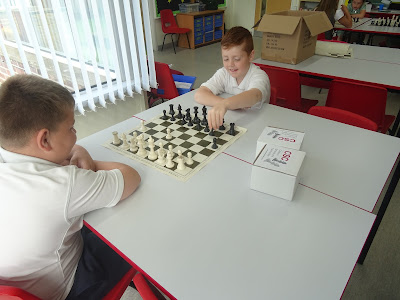 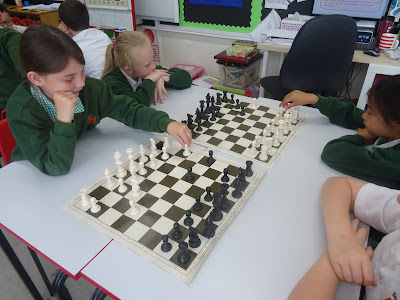 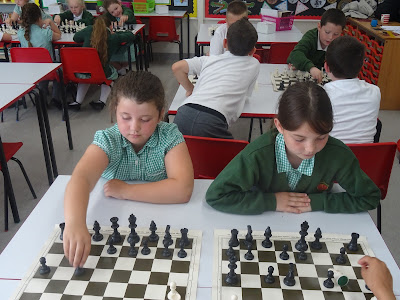 Today we tested - and hopefully expanded - the thinking skills of the children via a number of exercises, including quests and checkmate problems. 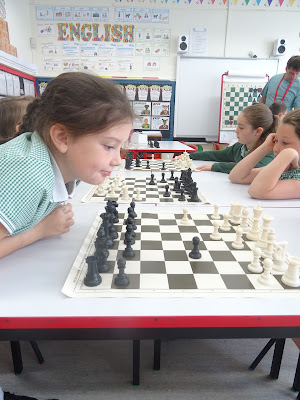 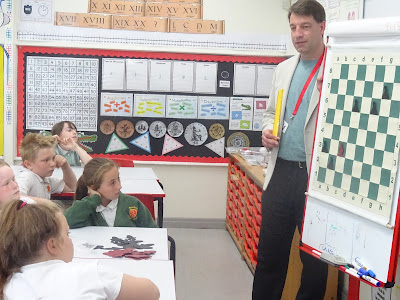 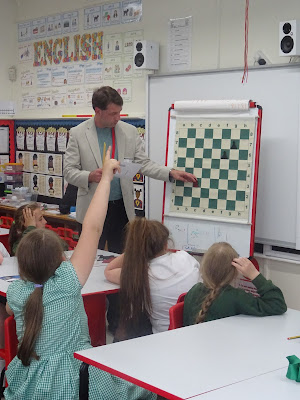 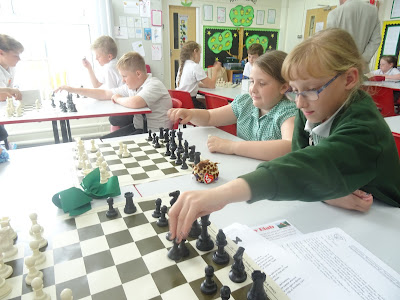 We also played some Lightning Chess, during which the children had to play their best moves after a mere 10 seconds of thinking time. 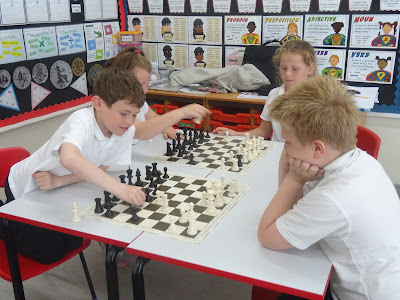 I am hoping to visit Broadway three times over the course of the 2016-7 school year.

CSC Teesside at the Manchester Gigafinal

CSC Teesside were out in force at the Manchester Gigafinal.

The Gigafinal is the third phase of the Delancey UK Chess Challenge. We had more players in action this year than ever before, due to the Megafinal being held on Teesside for the first time.

Details for the forthcoming Terafinal can be found here. Section winners qualify for the main event and anyone else occupying one of the first three places at a Gigafinal qualifies for the Challengers section. Other players, scoring 3.5 points or more, qualify for the Plate section.
There are six rounds at Gigafinals and the players score one point for a win, half a point for a draw and zero for a defeat.

Most of our children were playing at such a high level for the very first time. There are no easy games at Gigafinaks and it is very important to manage expectations both before and during the event. The experience gained is the most important aspect of the tournament.

The full results can be found here:

Here is a summary of the CSC Teesside and Yarm School scores. 'Q' denotes a player has qualified for one of the three Terafinal events.

All CSC Teesside players were assisted with their transport expenses thanks to a generous donation from the Angus Lawson Memorial Trust.

We are very proud of the achievements of all our players, regardless of how many points they scored. They are all fine ambassadors for Teesside and they spread their smiles wherever they go.

Posted by CSC Teesside at 02:28 No comments:

''I wish we had a queen on there,'' said one of the juniors as we analysed a position on the big demonstration board.

I suggested that if they had three wishes, they wouldn't waste one on wanting a queen on the chess board.

This started a discussion. What would the children wish for, with the proviso of not being able to wish for unlimited wishes? We took the question around the class, giving everyone a turn.

The most popular choices included:

We talked about such wishes and pointed out that every single one of them could be achieved without any need for wishes. Lots of time and hard work would be required, certainly, but not wishes.

It wasn't until we got approximately two thirds around the class that one person said she ''would like to ride a unicorn.''

What is lacking here? Ambition? Imagination? When did wishes become so stunted as to become a mere spectacle of commodity? Are we now too frightened to even dare to dream?

Posted by CSC Teesside at 10:00 No comments:

The first photo shows me with my junior student, Jay Stockham, at the British Rapidplay Championships in Leeds, 1991. Between us is Russian Grandmaster Lev Polugaevsky.

The second photo shows Jay with me at tonight's Prize Giving evening at Yarm School. Jay, as a former Yarm pupil, was the guest of honour and guest speaker. It's the first time we have seen each other in approximately 16 years. 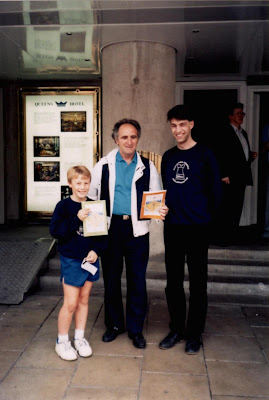 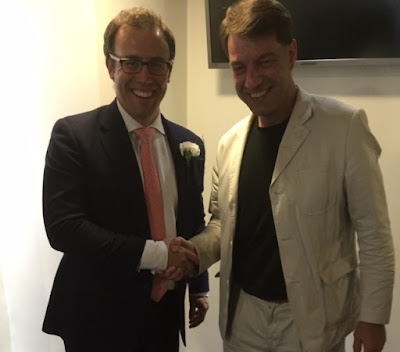 Posted by CSC Teesside at 22:32 No comments: