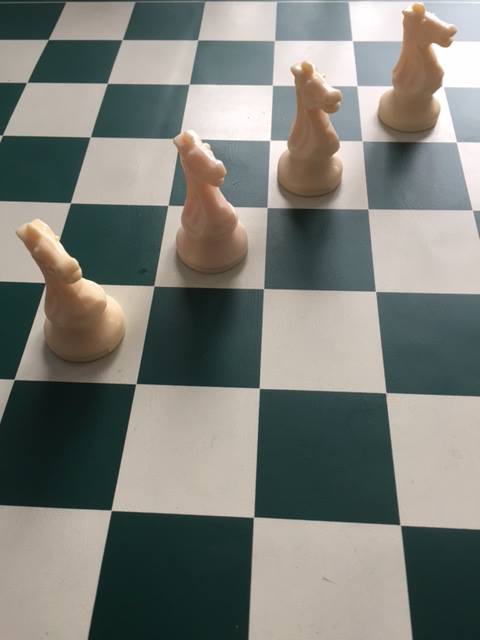 Don't play Phil Collins at chess, whatever you do.He just spends the whole game asking for 'One More Knight.'
Posted by CSC Teesside at 01:10 No comments: 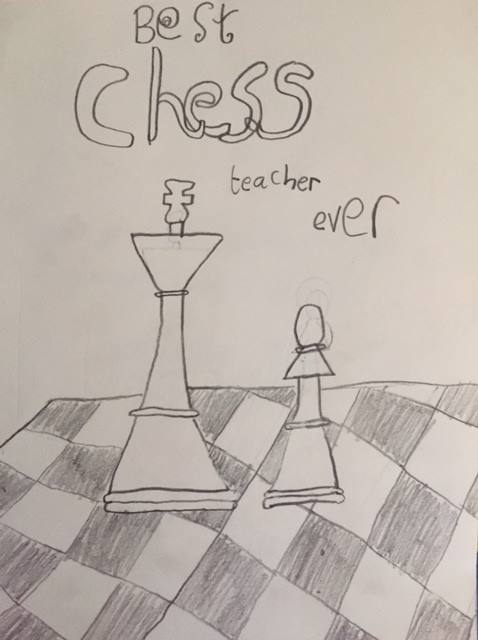 Very soon it will be time to try and prove it all over again...
Posted by CSC Teesside at 01:09 No comments:

'If we spread all our love on the children to make them really happy, tomorrow we'd have good and grateful adults and they would become the people of the future. They would be the future leaders of our government and they would have a past to be thankful for. They'd be fair, dignified and generous.'
Eva Perón
Posted by CSC Teesside at 01:08 No comments: 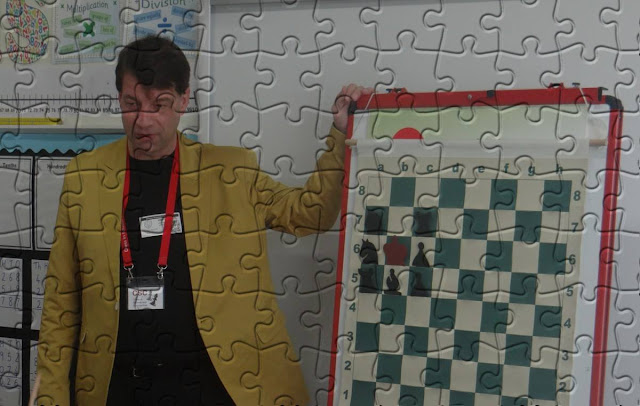 I'm starting to go to pieces as I eagerly await the return to my schools and pupils.
Posted by CSC Teesside at 01:07 No comments:

Our special library project continues to hit the headlines.

We now have reports on the website of the Cleveland Chess Association.

And on the website for the English Chess Federation.

After a few more weeks we will assess the situation and if the sessions at Middlesbrough and Stockton are both doing well then we will look at starting up in more Teesside libraries.

The ECF website also has a report on the Tyne Tees filming at Park End Primary School.

Hopefully we can continue to attract great publicity as we head into the new school year.
Posted by CSC Teesside at 02:12 No comments:

A reminder that our two library projects will be on again this Saturday and that we greatly need YOUR support to ensure the projects are an ongoing success.

I will be there on an occasional basis but the sessions are in very good hands, as can be seen from our report on last week's launch.

If all goes well we will look at expanding into other Teesside libraries, but please remember these things take time, training and negotiations.

We are also looking at supporting special library community events and already have one date in the diary for something *very* special...one might even say *magical*...! 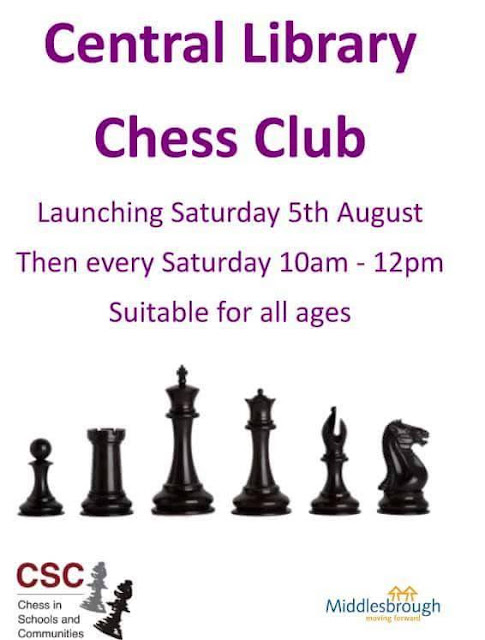 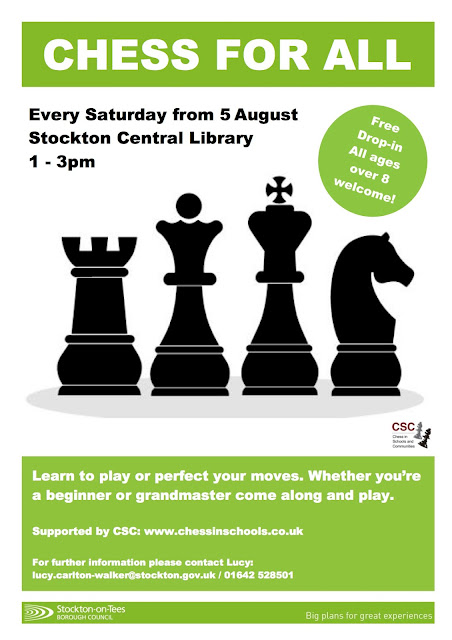 Posted by CSC Teesside at 23:05 No comments:

Gawain, who first started winning our local junior tournaments at the age of five (24 years ago, if my maths is correct), was always destined for great things.

Although he left our area many years ago we have always followed his progress very closely. 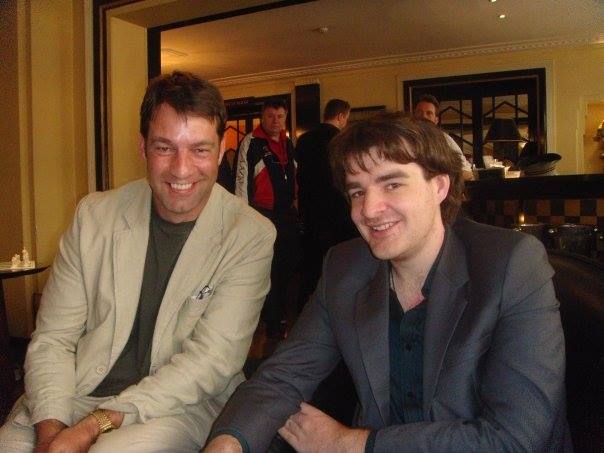 The last time we worked together was back in 2009, when I interviewed Gawain for CHESS Magazine while he was playing in the Staunton Memorial Tournament at Simpson's-in-the-Strand. This photograph was taken moments after the interview.

Maybe one of our current young stars will become a British Chess Champion one day.
Posted by CSC Teesside at 23:02 No comments:

Today we launched our new project, aimed at taking chess into Teesside's libraries. 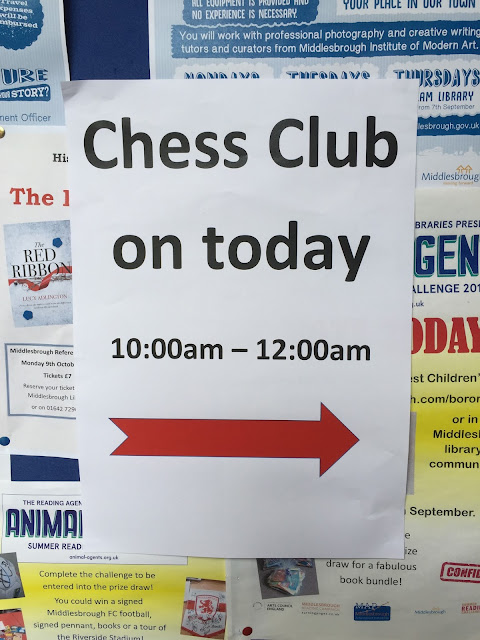 First we were at the Middlesbrough Central Library, where David Smith - a former British Senior Chess Champion - is in charge of the sessions. David's main colleague for the sessions is Paul Weightman and today we also enjoyed the company of Julian Allinson (former Cleveland County champion) and Richard Harris (CSC tutor). 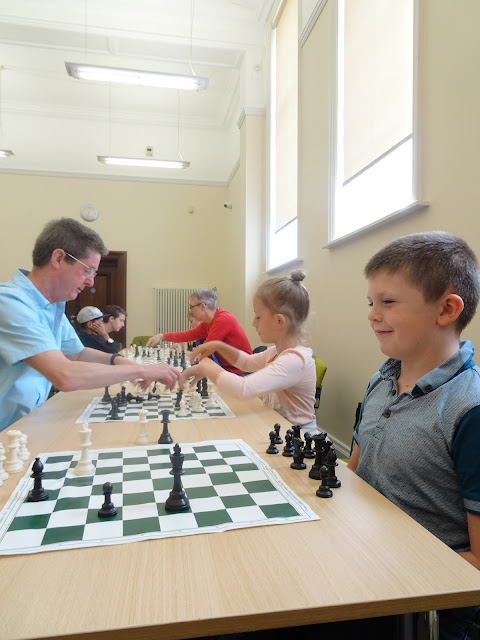 Shortly afterwards we were at the Stockton Central Library, with Sean Cassidy in charge. Here, we were joined by Alan Stockley and Cleveland Chess Association Chairman Brian Whitaker. 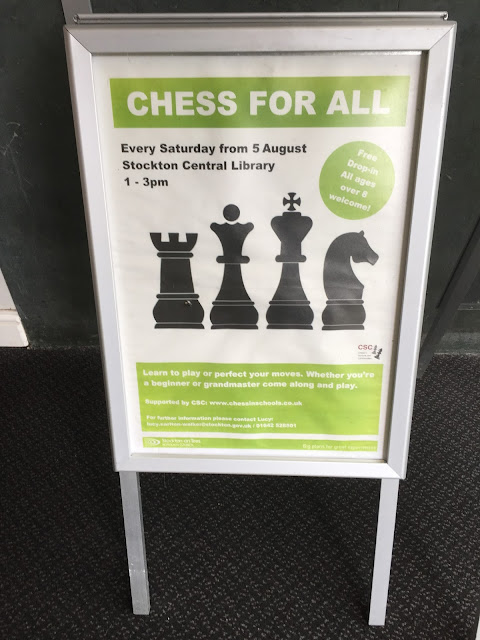 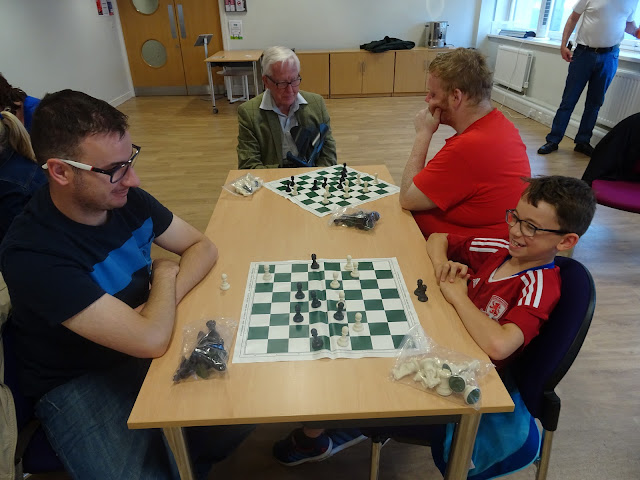 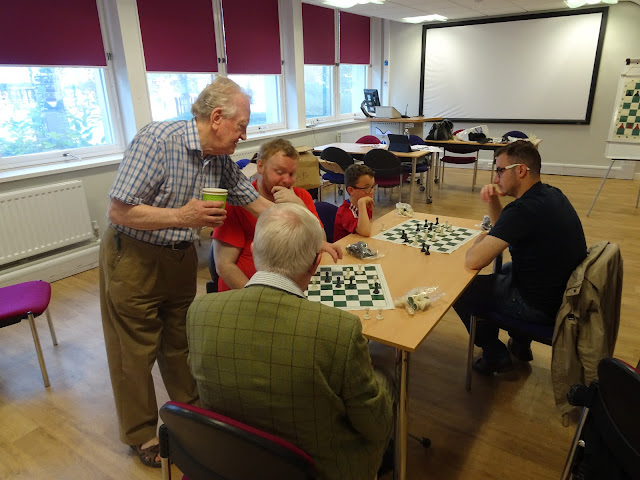 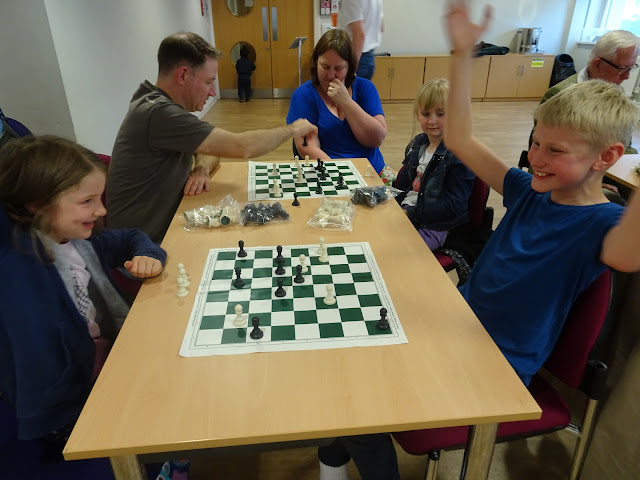 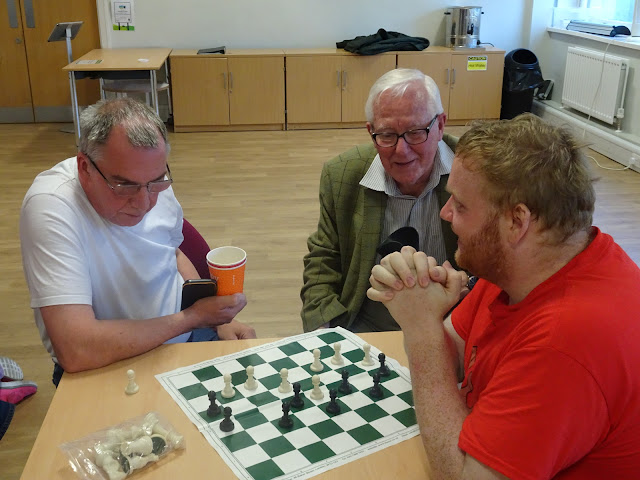 I thoroughly enjoyed both sessions.

We had 27 people between the two groups - a fantastic achievement. The ages ranged from three to...83!

A couple of the juniors were already known to me from our current schools but everybody else was new. Several adults now want to join their local chess clubs and there may be more schools interested in joining the CSC. All of this after just one session in each library!

The project is an innovative drive to encourage as many people as possible to play chess and it is the first time the Chess in Schools and Communities, the Cleveland Chess Association, local libraries and local chess club clubs have all worked together. Thank you to all concerned, including our extremely important library staff: Ruth Cull (Middlesbrough) and Lucy Carlton-Walker (Stockton).

The sessions will continue next week and the timings can be found here.

Drop in for game! Spread the word! Be an important part of something very special.

Posted by CSC Teesside at 09:15 No comments: