Return of the Mentor 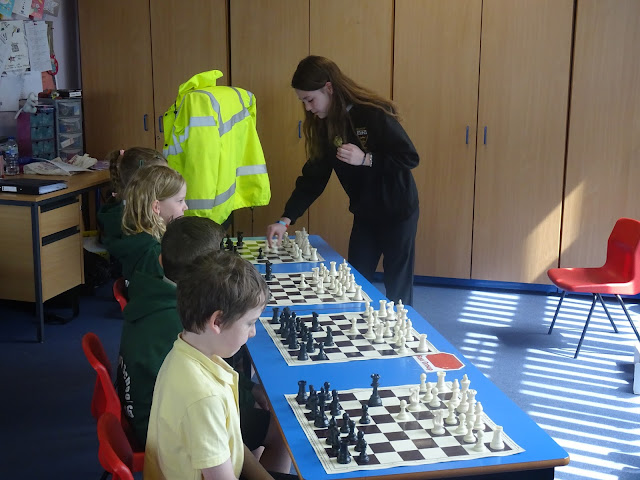 Caitlin Anderson was back to her chess mentoring ways today when she once again gave up part of her afternoon to help with the Westgarth Primary School Y4s.

Last time, Caitlin challenged the classes to a game of Maharajah Chess.

This time, Caitlin helped to deliver a lesson on chess tactics, with the focus on the pin. 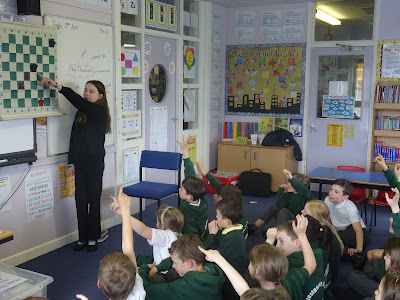 Caitlin set up examples of the pin on the demonstration board, took questions from the class and explained the main tactical ideas in each position. 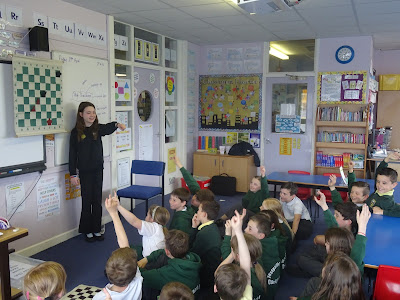 Caitlin then very kindly agreed to perform a simultaneous display, in which she played four players at the same time on separate boards! 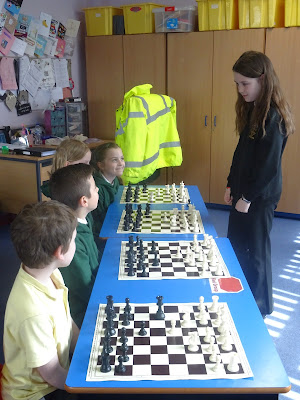 Even strong senior players can find simultaneous displays difficult. It is not easy to concentrate on four games at once and have to play one's moves more or less instantly while pacing up and down across the boards. 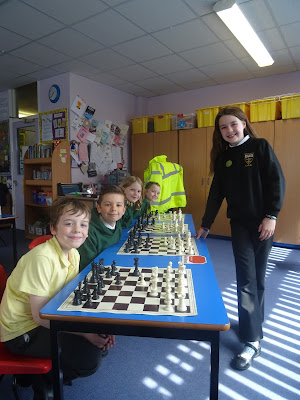 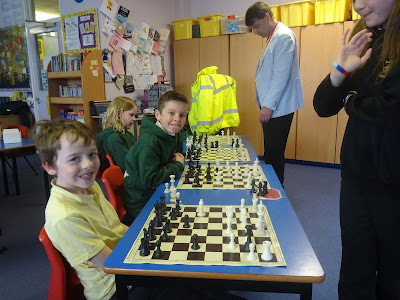 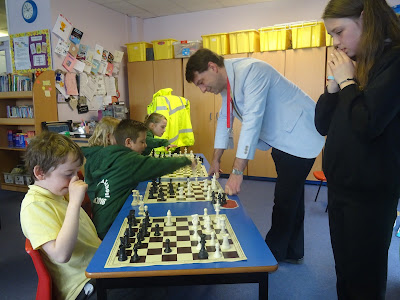 Hopefully, Caitlin will be able to visit the Y4s again before the end of the term. What will she have in store for her pupils next time, I wonder?
Posted by CSC Teesside at 11:35