More snapshots of the past... 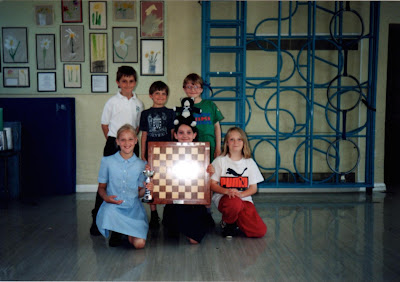 Greatham was one of my top two schools during that era (The Links was the other one). We had a Saturday morning club in Greatham for a number of years too, following an initial spell in Hartlepool. Our Saturday morning junior league sported three divisions. This was back in the day when nobody did anything else on Saturday mornings. Even football was unpopular, as that game was still recovering from the shameful scenes of the 1980s.

Chess in Schools and Communities started in 2010 but one of the pivotal events in its creation was the inaugural London Chess Classic, held back in 2009.

One of the many highlights was the brace of simultaneous displays given by Viktor Korchnoi.

Korchnoi, twice challenger for the World Championship (1978 and 1981, losing to Karpov on both occasions) is one of the strongest and most important Grandmasters in chess history. 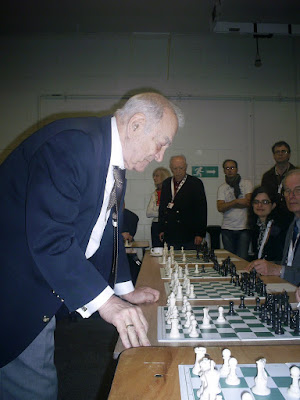 Today, aged 85 and confined to a wheelchair, his public appearances are few and far between. However, back in 2009 he was still a ferocious competitor. I took these photos when I was helping on the organisational side of things.

Korchnoi flew to Elista immediately after the London Chess Classic to play an eight-game match against former World Champion Boris Spassky. The result: 4-4. 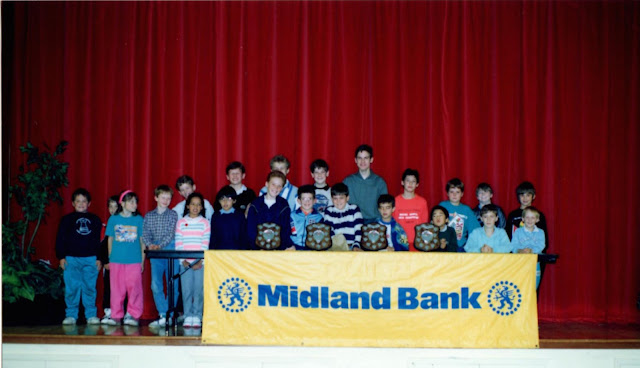 This was the third and final tournament we did for Midland Bank, who gave us £100 for this particular event.

It wasn't all smiling faces at these events, of course. It was at a tournament during this era that a disgruntled parent threatened to set his dogs on me (a pair of Rottweilers, if I recall correctly) because I had caught his son cheating.

Ah, how times, fads and fashions change. These days it would be a pair of Pit Bull Terriers.
Posted by CSC Teesside at 10:30