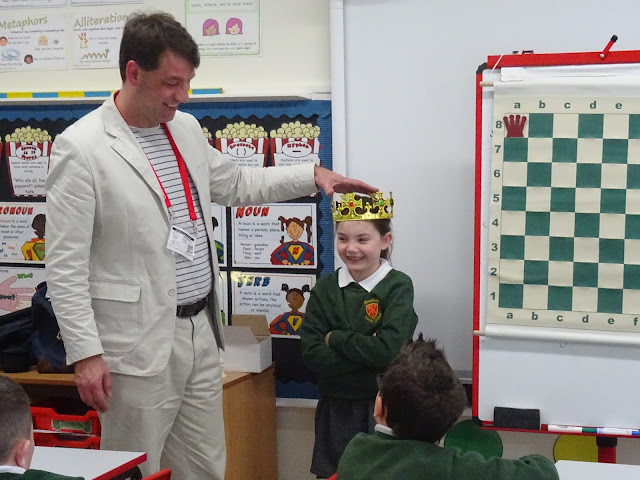 It was back in October 2015 that I visited Broadway Junior School in Sunderland for the first time. I promised to return - and today I was able to keep the promise. 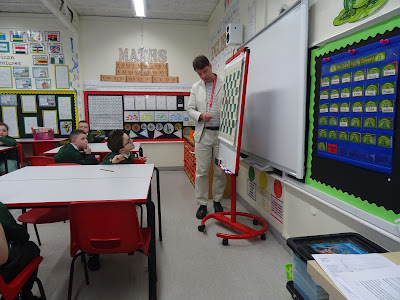 Broadway are utilising the First Move chess programme and are, indeed, one of the very first CSC schools to do so. First Move is a good alternative to weekly visits from a chess tutor, which is fortunate because it is a little too far for me to attend regularly (two buses, four trains and two taxis today...). 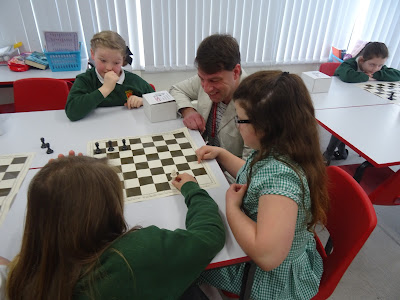 It was wonderful to catch up with the three classes of Year 4s and to see how much they had developed over the last six months. 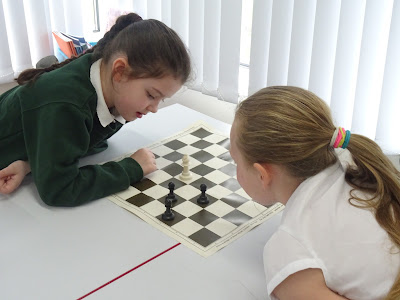 Over the course of a very busy and hugely enjoyable day, we tested the children's knowledge, introduced them to some new ideas, played lots of mini-games and crowned a couple of Queens. 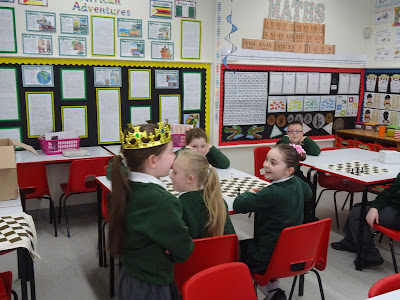 The two Queens were able to stroll majestically around the classroom, moving in straight lines and along diagonals. They both did such a good job that I invited them to walk down the school corridor and back. Upon their return they received a thunderous round of applause from the rest of the class. 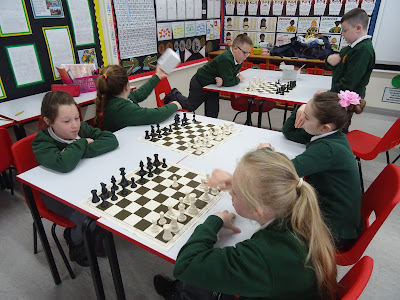 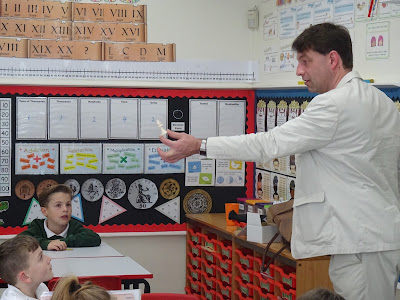 We conclude with a few more photographed moments of the day. 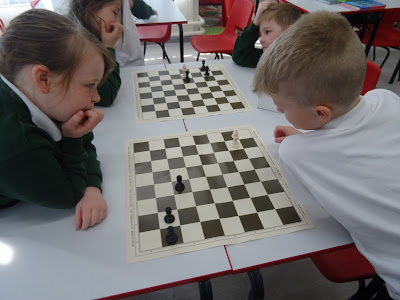 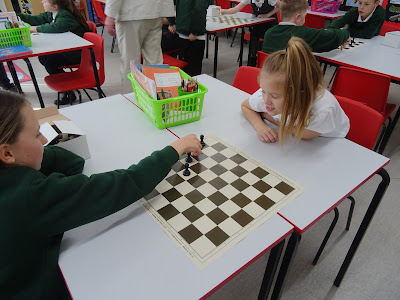 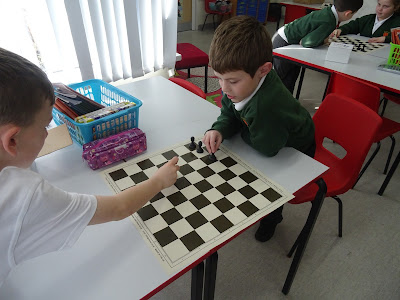 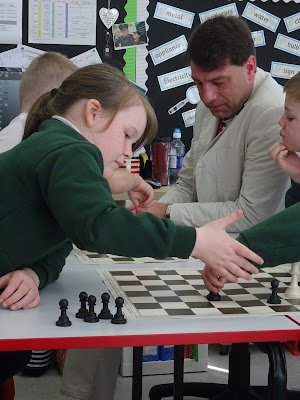 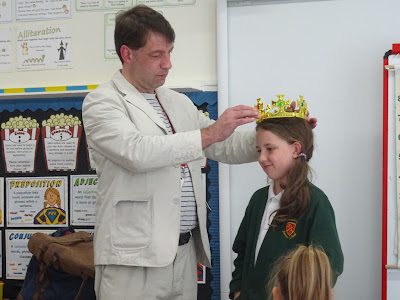 Thank you Mrs Hastie and the rest of the staff for allowing their first Monday back after the Easter break to be completely dominated by chess!

A third visit to Broadway Junior School is being prepared...