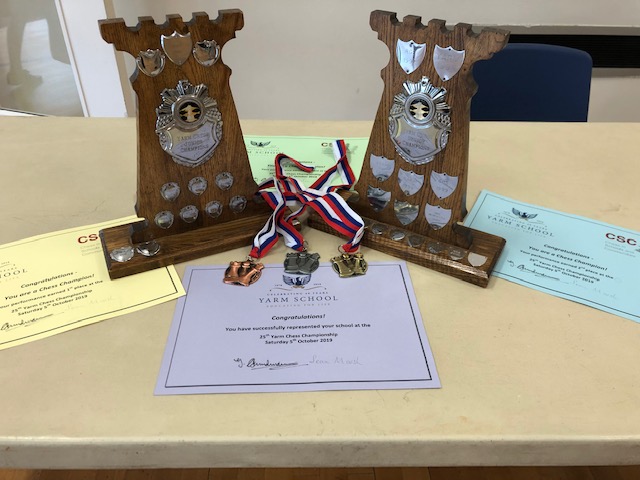 It is quite a milestone - by anyone's standards - to reach the 25th edition of a series of events.

A lot has changed over the course of a quarter of a century but some things have, thankfully, remained the same.

Yarm Preparatory School still knows exactly how to host an event and to make everyone feel at home. The staff are universally wonderful and the school facilities are excellent.

Johannes Grundmann and I are the only two people to have been at all 25 events; a successful partnership that shows no sign of ending any time soon.

The third major factor in the success of our tournaments is, of course, that the children of Teesside still want to play chess, still want to meet children from other schools in person rather than via a screen and still take great pride in representing their schools and clubs. 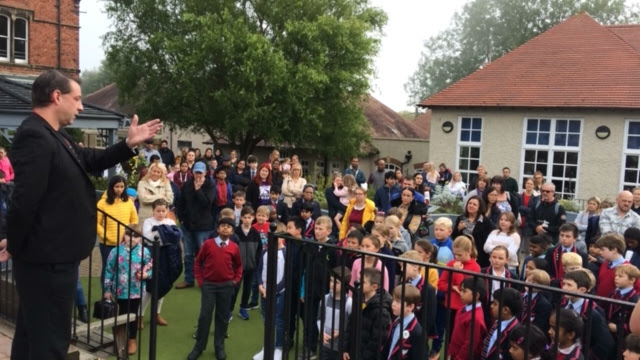 29 teams entered this year's tournament, giving us a bumper turnout of 116 children. 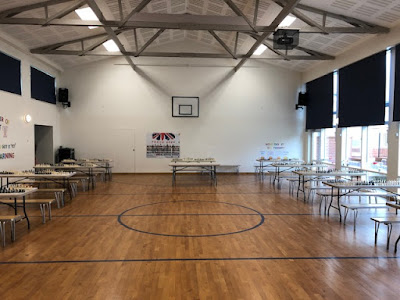 Amid a recent sea of exceptionally rainy days, we found the only dry one for our busy day of chess, which definitely helped the children to relax between their tough games of chess.

Amid the usual suspects, it was particularly to good to see no fewer than three of our chess libraries out in force, which is a very clear indication that the work of our fabulous library team is having a very significant impact on the growth of chess in our communities. Indeed, it is worth thinking a little longer on that point. In a world in which it seems that the ways of former times are being steadily eroded, with libraries closing down at an alarming rate, it is magnificent to see the trend being reversed, with children being inspired and enthused by our highly-committed CSC-trained volunteers.

Library closures may well continue until there comes a time when people upstairs finally understand how important they are in so many different ways, with impact on the community being one of the easiest to gauge. Then again, some will just keep closing down establishments just to tick some boxes. Others are calling for private schools to be phased out, but they have probably never even put themselves into a position where they could see one welcome state schools and the general community to share their excellent facilities - which happens far more often than critics would dare to admit. Some create; others destroy. A familiar story.

I have said many times (long before it become trendy, in fact) that I believe the younger generation can change things for the better and there is never a shortage of creativity when they are around. I always find it inspiring to simply walk along the tables, watching the children playing their moves and trying out their plans. Which new ideas will they create? What are the ideas behind each of their moves? Who will come up the winning plan?

After the five hard-fought rounds had been completed it was time to announce the scores and present the prizes. 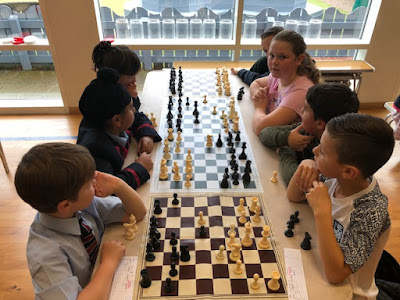 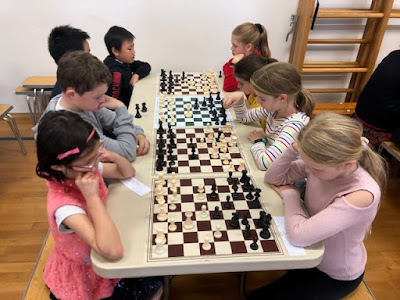 Yarm A's victory, with a perfect score, was never in doubt but they will admit they had to work hard. Captain Aryan Nalawade has now been on the winning team for four consecutive years. 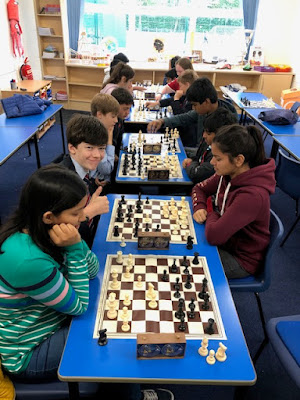 It is good to see our Over-11 section flourishing, although it would be even better to see more children from other schools competing.

We arranged the players into four teams, named after World Champions.

Mr Pointon did his usual excellent job of running the older section.

Thank you to everyone who helped to make the 25th Yarm Team Chess Championships such a wonderful and enjoyable event.