My last chess tournament of the current school year was the Knockout Championship at Park End Primary.

122 children entered the tournament and here are the results from the latter stages, together with some captured moments from the tense games.

I presented medals to all four semi-finalists as part of the school assembly last Tuesday.

On the same day, we were very pleased to see Ian (winner of the parent's mini-tournament the previous day) when he came back into school to help with his daughters Y3 class during their chess session. 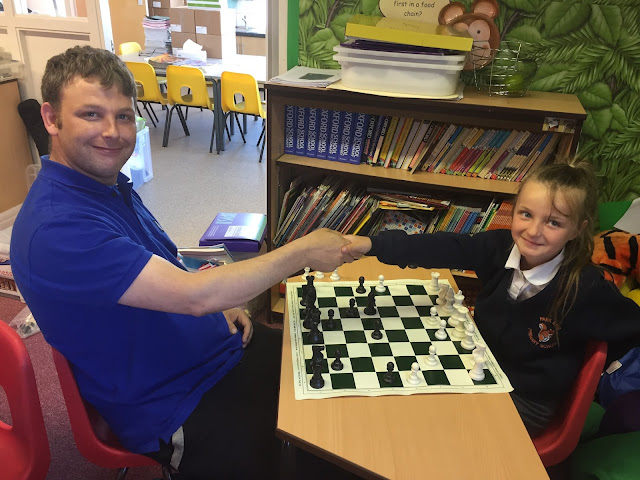 This very happy photograph concludes our reports on the year 2016-7.

Thank you to all of our schools for such a fantastic year of chess!
Posted by CSC Teesside at 11:38