It has been a while since we reported on the International Chess Challenge between Hutt International Boys' School (New Zealand) and The Links Primary School (England).

The game has now reached its conclusion and we can present the final moves.

This was the position when we last saw it here on the blog. 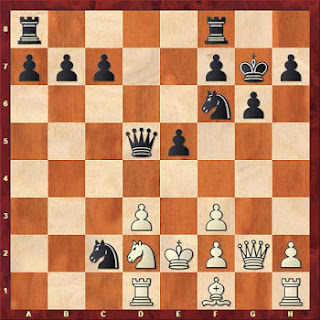 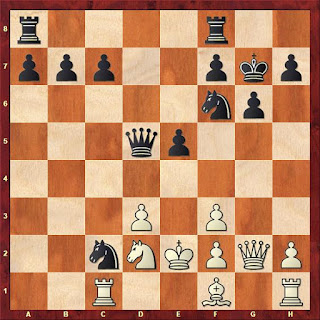 Saving the knight and checking the white king.

Trying two find safety behind the knight and pawn. 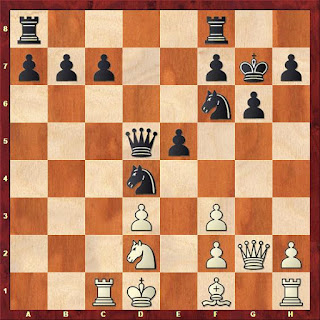 The 10th and final move by a black knight in this game.

27 Rc2 and 0-1
Hutt resigned immediately after playing their move. 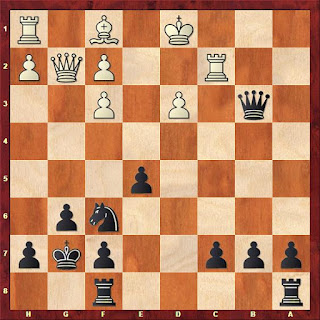 Although the white king is not in checkmate, it is perfectly normal to resign in such a position. Black has a material advantage and a safe king. One way to increase the advantage would be to start pushing the pawn from a7 as far as possible. It may well reach the other side and earn promotion.

We started the game back in October 2019 - long before we had any inkling that the whole world would soon become embroiled in such a strange emergency.

It is curious that we should have started the challenge game before chess on the Internet experienced a huge boom.

The game continued despite various lockdowns and, of course, the usual school holidays.

We thoroughly enjoyed exchanging news and views with Richard Catterall and his excellent team of chess players.

Hutt International Boys' School is now taking its Summer Holiday, just as we head towards our Christmas break. A rematch is definitely in the pipeline for 2021.

Well played, everyone!
Posted by CSC Teesside at 09:14