Chris Fegan - the Chief Operating Officer of Chess in Schools and Communities - made a visit to Teesside shortly before Christmas to observe one of our schools in action. Brambles Primary Academy was selected for the occasion.

Following a meeting to discuss the current activity of CSC Teesside and various ways to expand through 2016 and beyond, Chris was ready to play some chess. 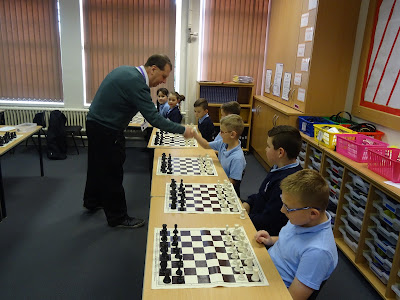 The lunchtime club provided a perfect opportunity for Chris to perform a simultaneous display, in which he played everyone in the club at the same, choosing his moves at walking pace. 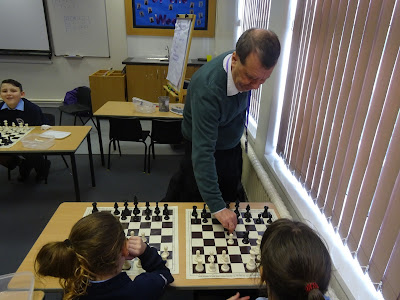 Simultaneous displays dilute the strength of the star player, giving the club players - with their longer thinking time - a better chance to spot any mistakes and work out how best to exploit them. 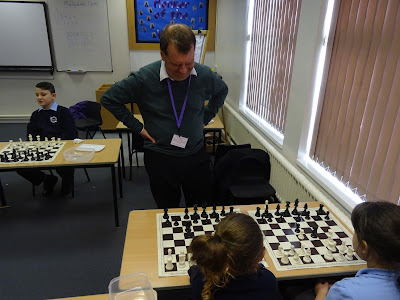 The brambles battled well, but Chris - an England international, as well as an expert chess organiser -  was in a determined mood and went on to win all of his games. 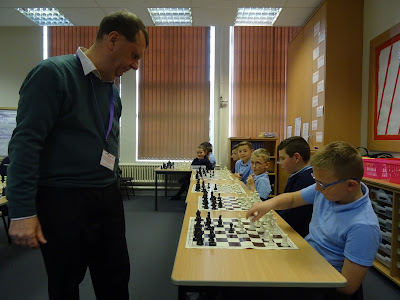 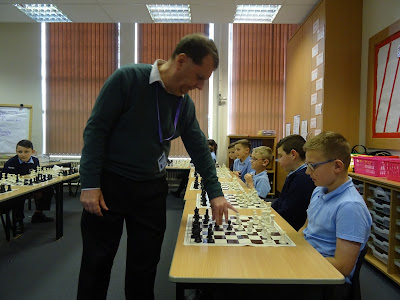 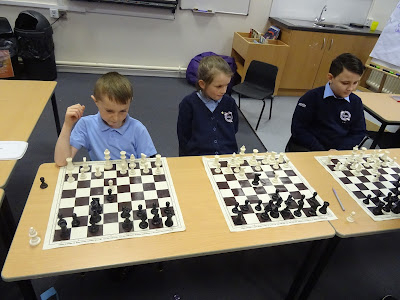 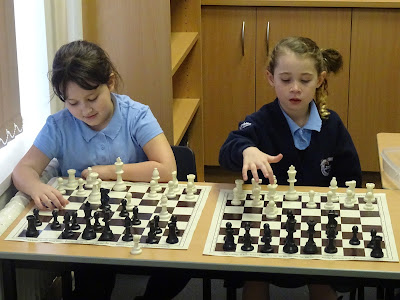 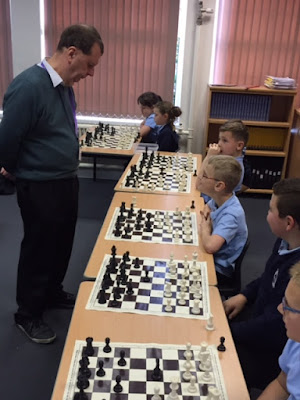 The reward was an excellent Brambles school dinner. 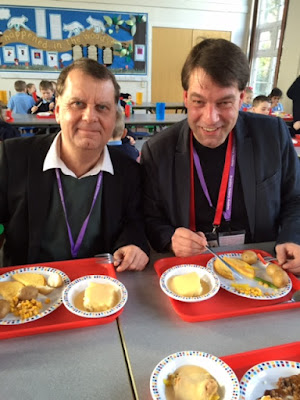 Chris then joined in our afternoon coaching sessions which culminated in a queue of new challengers. 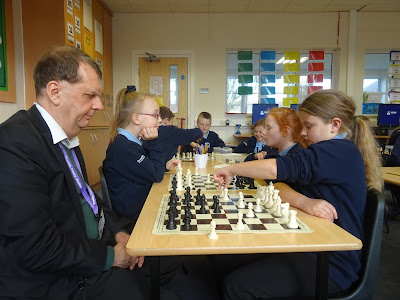 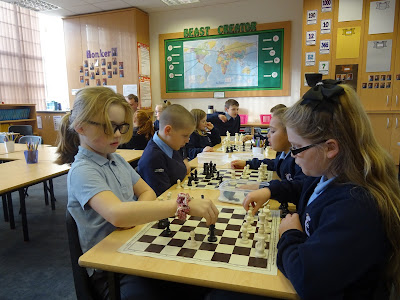 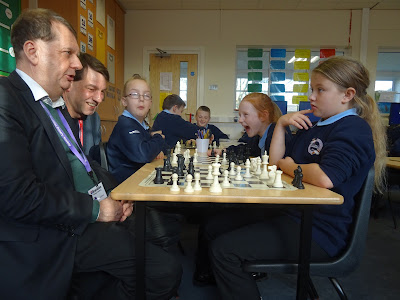 This is the moment when Chris entertained everyone with his impression of Grandmaster Vlastimil Hort.

The Brambles loved working with Chris and I am sure the feeling was mutual. Chris promised to return another day as he set off back up to London, where, remarkably, he was due to play yet another game of chess - this time in his local league.