Following my day on the Isle of Arran and a day taking chess out into the Glasgow community, it was now time to deliver Glasgow's first-ever CSC Training Day. 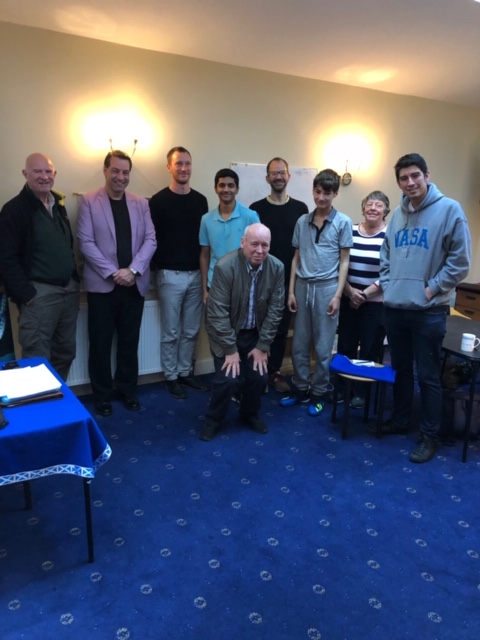 Colin Paterson was once again instrumental in helping me to set up this historic day and, just as in my previous two days of the tour, everyone was extremely welcoming and friendly. The first person I met on the morning was club contact John McIntyre and his smiling 'hello' set the standard for the rest of the day. 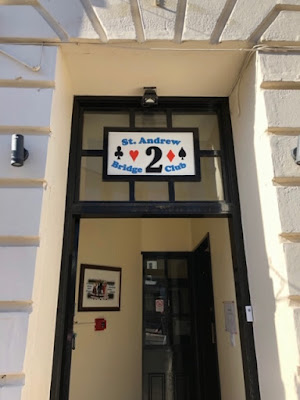 Chess and bridge are often linked and the premises and facilities provided by the St. Andrew Bridge Club proved to be excellent (in fact they would put most chess clubs to shame). 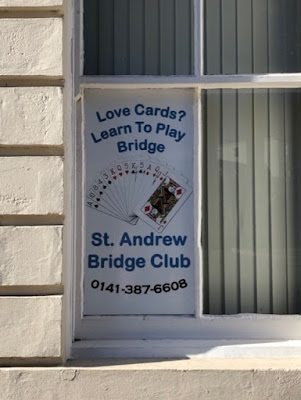 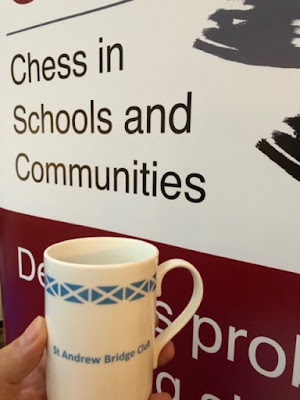 Having acquired my statutory mug of tea, we were all ready to start.

Some of the delegates for this training day came from far and wide and others were more local. Our core group was joined by several other people who dropped in for various parts of the day, which was great. There was also a junior tournament going on in the room downstairs, with 32 participants, making it a real festival of chess. 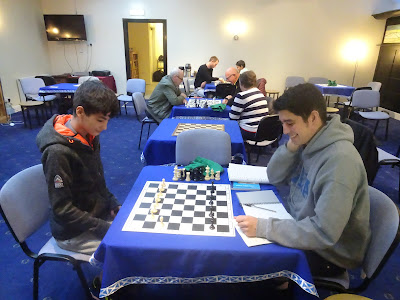 Speaking of juniors, for the first time ever we had two 14-year-olds on the course, who are already wanting to put something back into the chess community. Who could fail to be inspired by such examples? 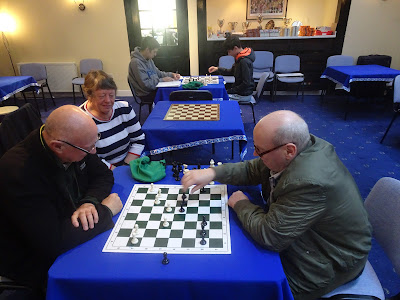 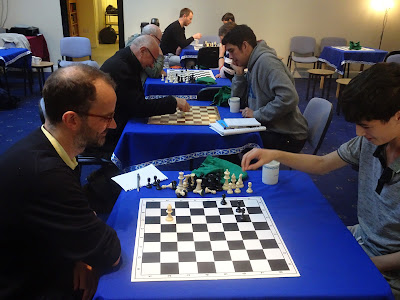 Among our special guest there was Mike McCafferty who gave an excellent summary of his Topple the King chess variant (to be covered properly in a future blog post) and the legendary Andrew MacQueen, who shadowed me on Teesside several times early this year. 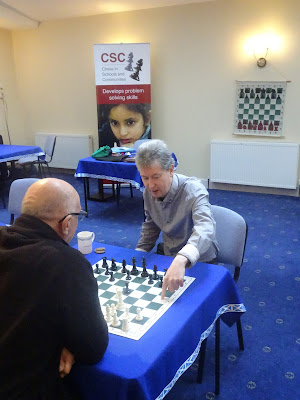 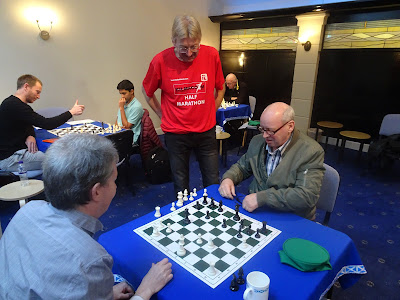 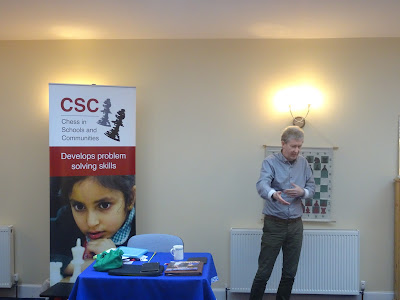 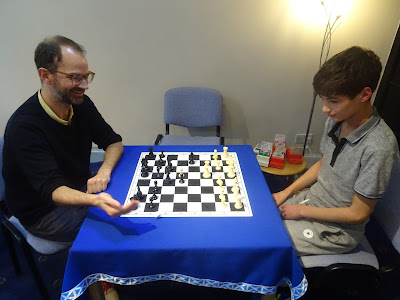 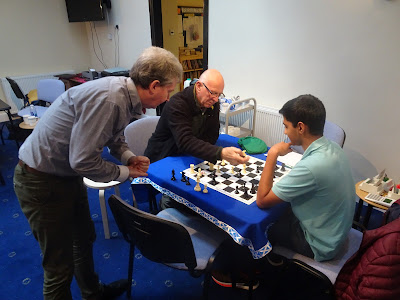 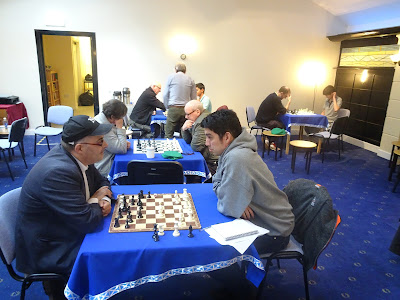 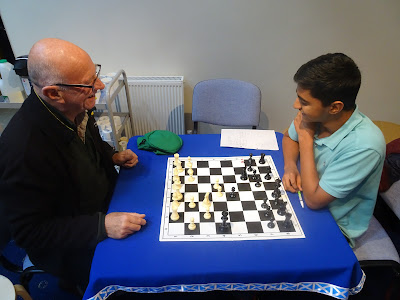 One of the most remarkable aspects of the day was the range in ages. In the above photograph there is a difference of 62 years, which must surely be another record for our training days.

What a fabulous set of delegates! As usual, I didn't want the day to end and felt quite sad when it did. There was, however, one more training day to come before the Tour of Scotland was over... 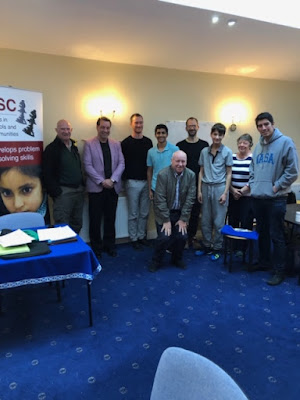 Thank you, Glasgow!
Posted by CSC Teesside at 22:53