In an unprecedented move, BBC1's The One Show filmed our chess tournament and the resulting five-minute feature will be shown tomorrow evening (Thursday 18 October) at 7.00 p.m.

We were delighted to welcome the film crew of Benjamin and Daniel when they arrived at Park End Primary School last Friday to start their coverage of chess on Teesside, with the initial focus on the school's chess team as they prepared for their first-ever tournament. 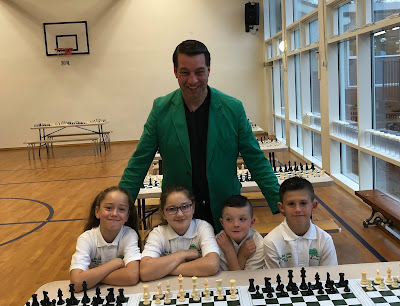 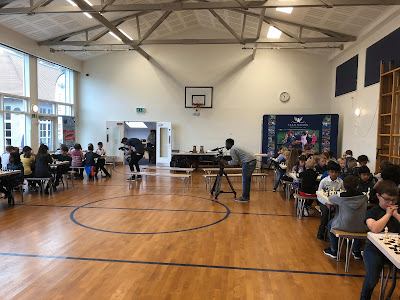 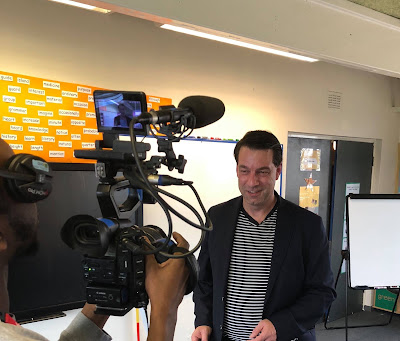 It was particularly good to have the attention of the media when we had such a wide range of newcomers and experienced players at the tournament, some of whom have already been champions of Teesside.

The flourishing library project is certainly having an impact on our numbers. This time we had two teams from Stockton Library and one from Thornaby Library. Thank you to chief volunteers Sean Cassidy and Brian Whitaker for their excellent work and greatly appreciated support.

Don't forget to tune in tomorrow evening!
Posted by CSC Teesside at 23:31