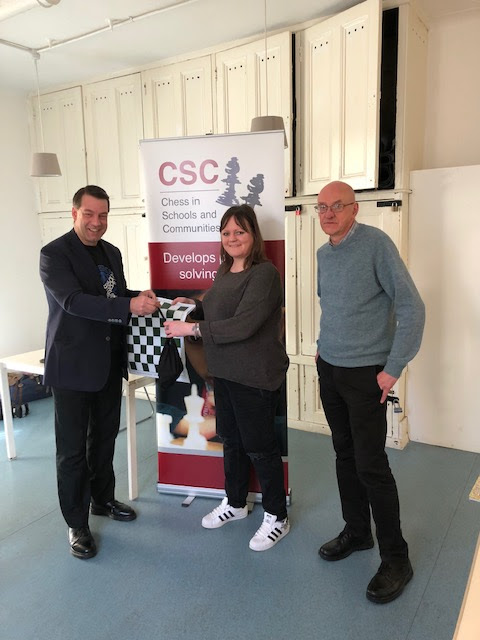 Following on directly from the excellent day on the Isle of Arran, Friday brought a packed day taking chess into the Glasgow community.

The indefatigable Colin Paterson and I first met at the inaugural Edinburgh Training Day almost exactly one year ago, and again at the London Training Day at the 2017 Chess Classic. He and I had discussed the possibility of running a training day in Glasgow and as the Isle of Arran plan emerged it made good sense to put together the tour of Scotland and to see exactly what could be achieved in a four-day spell of intense activity. 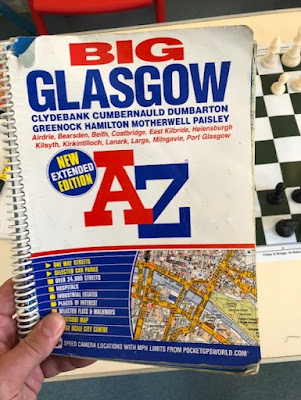 This was my first time in Glasgow and Colin guided me all across the city as we endeavoured to set up chess activity in three community bases. 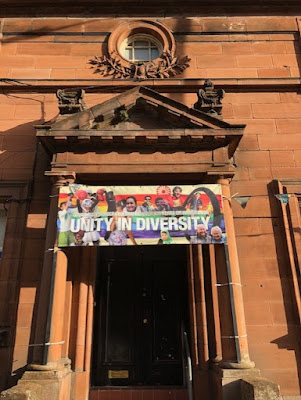 First up was the Govanhill Baths Community Hub. Govanhill Baths, the last surviving Edwardian bathhouse in the city, is a real community hub, offering many more activities in addition to swimming and fully embracing the message of 'Unity in Diversity.'

It has had its battles with closure over the years (the usual case of the community suffering because of financial matters) and this all came to a head in 2001, when an initially peaceful protest against closure turned into aggression, with pineapples famously among the objects used as missiles. 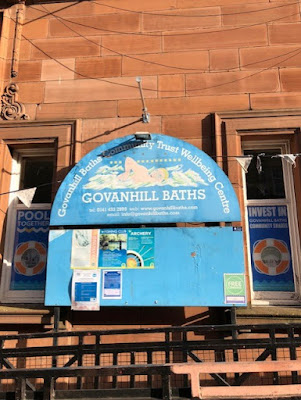 The future of Govanhill Baths is much brighter these days and a refurbishment plan is imminent. 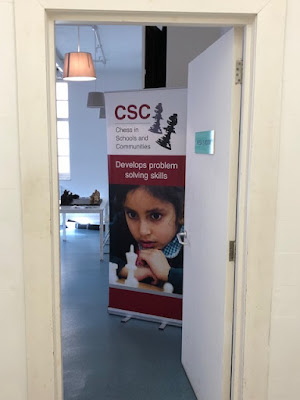 It was so good to meet - and play - people of the local community, all of whom shared a great passion for chess and a strong desire to increase the activity of the game across Glasgow.

I was delighted to meet Mike McCafferty, creator of chess dice variant Topple the King. I had been wanting to discuss the game with Mike for a couple of years and we finally had the chance to do so. There will be more on Topple the King in a future blog post. 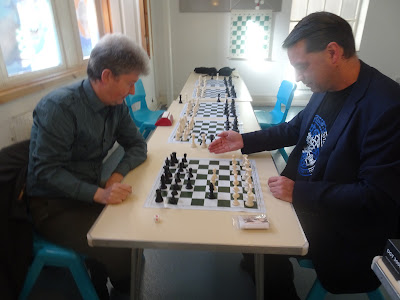 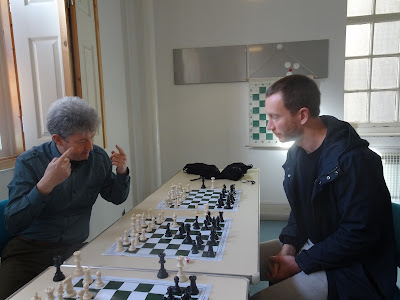 Meanwhile, Colin and I were soon on our way to Baillieston Library to set up chess sessions there. 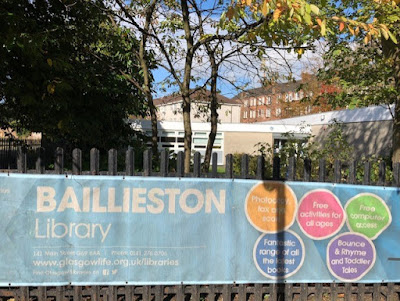 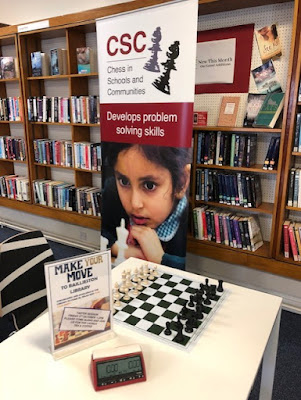 Colin and I spent a couple of hours at the library and we enjoyed many games with members of the community. The library is very proactive and I am sure the chess sessions will take off there.

Then it was to the community hub at The Courtyard, Watercommon, where we presented CSC sets and encountered chess opponents from five-year-olds to adults, including Paul Sweeney, Labour MP. 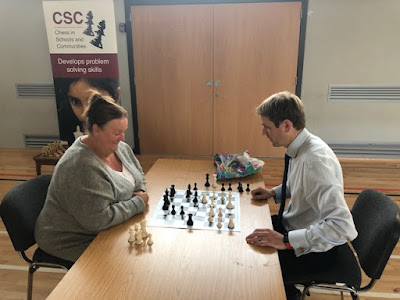 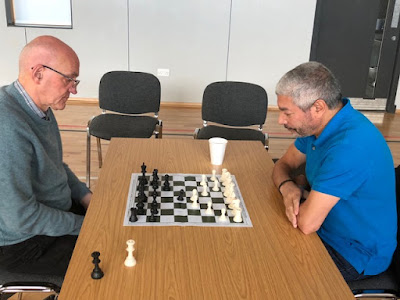 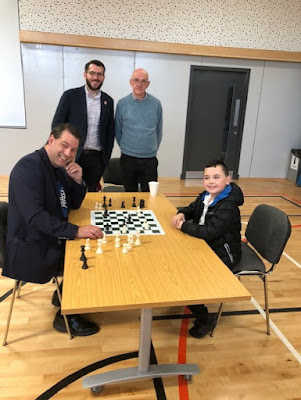 What a fabulous day of community action! Huge thanks to Colin for all of his very hard work and assistance and to everyone I met, talked to and played throughout the day as we delivered chess across the magnificent city of Glasgow.

We had already achieved so much but we were only halfway through the tour...