Time for an update on our International Chess Challenge.

Following on from the positions when we last saw them, we now have the additional moves...

Yarm Senior School's King's Gambit against Hutt International Boy's School has given rise to early adventures on both sides.

To protect the g4-pawn from the knight's attack. 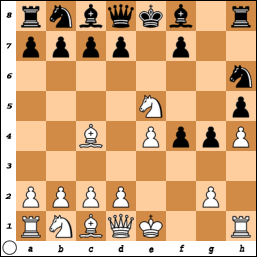 Knights don't normally feel so comfortable on the side of the board but Black had to protect the f7-square. Black is hoping to stabilise the defence and then chase away the attacking white pieces.

Allowing the other white knight to leap into the centre to attack the black queen. 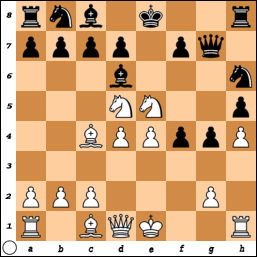 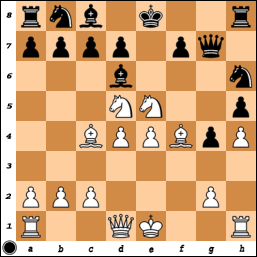 White's rainbow of bishops and knights looks great and the black pieces have been forced to take up unorthodox positions. If Black can survive the early pressure then it may be possible to drive away the attackers. On the other hand, if White can keep the initiative going then it could turn into a very powerful attack.

Meanwhile, in the match between Park End Primary and Hutt International Boy's School, with sides are content to develop quietly and keep everything safe during the opening phase of the game.

Both sides have developed their knights to central squares, from which they can control more space than if they had gone to the side of the board.

Park End have developed their bishop and they preparing to castle. 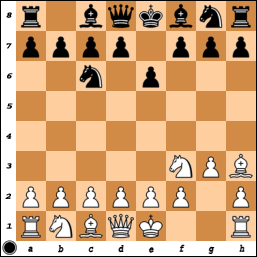 Hutt International now developed their own bishop to a central square. 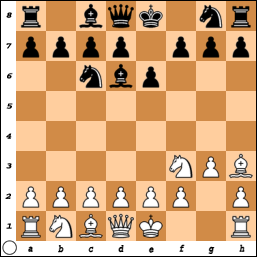 Both sides seem to be limbering up to castle, to make sure their respective kings are safe before the middlegame action begins.

Tune in next week for another update.
Posted by CSC Teesside at 23:04