News has reached me from of my best and most loyal friends, Nevil Chan.

Nevil has helped me in so many ways over the years and it is always a great pleasure to work with him.

Nevil's news featured the presentation of a book that looks a shade on the familiar side. 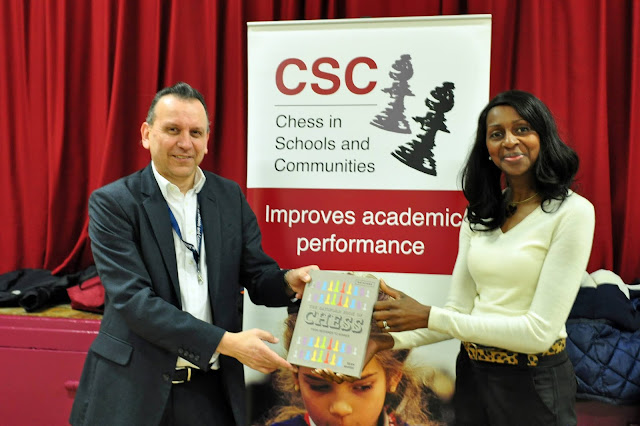 The school was instrumental in helping to forge the link between Chess in Schools and Communities and Barclaycard when they offered to open up especially during one half-term to host an Internet match against German pupils. David Chan, the then CEO of Barclaycard Europe, attended this inaugural event and the rest is history.''

Indeed, we enjoyed three fine years with the Barclaycard volunteers before the project came to an unfortunate end.
Posted by CSC Teesside at 12:15