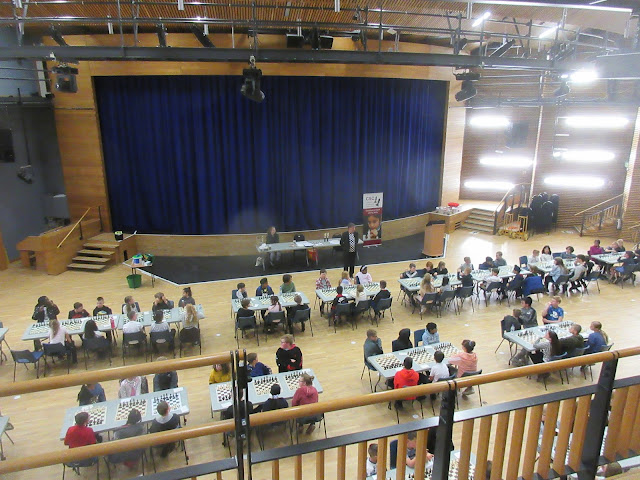 The Fifth Delancey UK Schools' Chess Challenge Teesside Megafinal took place on Sunday 1 May and sold out all 150 places.
We had representatives from 26 different schools, clubs and home tutored pupils.

We were very fortunate indeed to be able to utilise Yarm School's famous Princess Alexandra Auditorium for our Megafinal. Take a look at their packed schedule to find out why!

This was, of course, our first Megafinal since 2019, when the world was a much simpler place (although it certainly didn't seem so at the time).

We were not sure what to expect after enduring a forced hiatus from Megafinal action. Initially, I was happy when the entries broke the halfway barrier, but we went on to sell out very quickly, as everyone seemed to relish the opportunity to return to over-the-board tournament action.
We had an excellent mixture of veterans from the last Megafinal and players who were playing in their first-ever inter-school event. 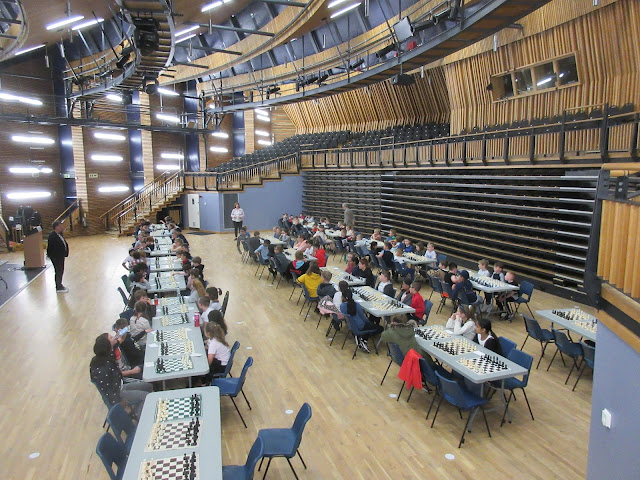 Of course, we presented lots of trophies, medals and certificates at the end of the tournament but as I keep on saying at our events, it doesn’t really matter how many games you win, draw or lose; the most important thing is that YOU are there.

I was particularly pleased to see all parents, teachers and coaches respect our own tournament ethos of keeping pressure off the players and allowing them to be children once they left the playing hall at the end of each round.

Thank you to everyone who helped to make the day such a great success.
Those who reached the Gigafinal qualification target received an information leaflet from me on the day and the entering details can also be found on the UKCC website.

The sections have been streamlined for this year, which enabled us to have big competitions with a fierce battle for the top places but also to accommodate a large range of abilities, giving everyone a very good chance of earning a significant number of points. 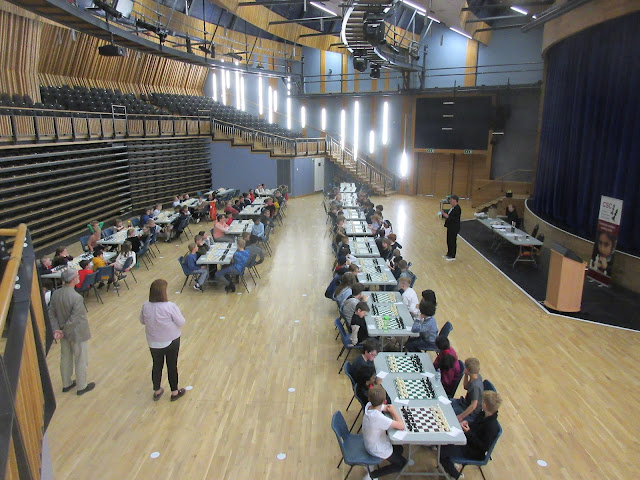 Here are the results from our very busy and enjoyable day.

All of the above have qualified for the Gigafinal.

All of the above have qualified for the Gigafinal.

All of the above have qualified for the Gigafinal

3.5/6: Aditri Kulkarni, Olly Brice, Oliver Lavery (Aditri and Olly have also qualified for the Gigafinal, as Under-11 players required 3.5/6 or more).

A gallery of memorable moments will follow in the next blog post.
Posted by CSC Teesside at 05:09