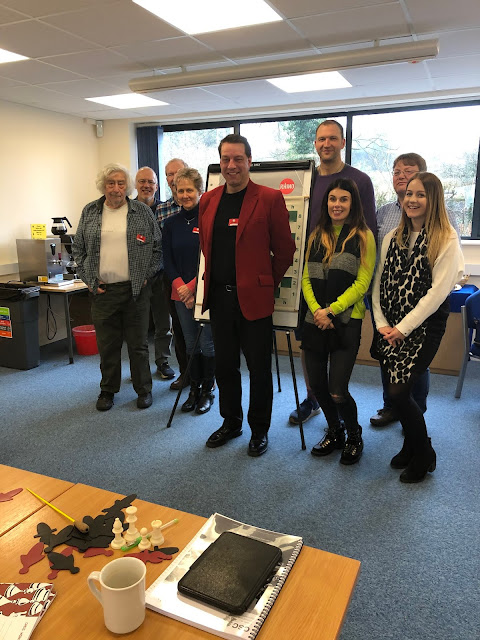 The CSC Training Tour continues to impact upon new areas and our latest leap was all the way down to Dartmoor. This acted as a sequel of sorts; almost a year ago we visited Truro for the first time and now it was time to add Devon to our schedule.

We had already delivered training days in Hull and on the Isle of Man and the Dartmoor date made it a record-breaking three areas in a single month.

The tour has become so notorious that the trains are now painted with D-Day style invasion stripes. 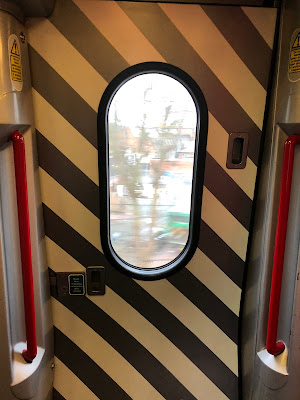 This was a slow invasion, though; it took seven hours and forty minutes from my front door to the accommodation in Exeter. It was a relief to finally see the relevant station sign. 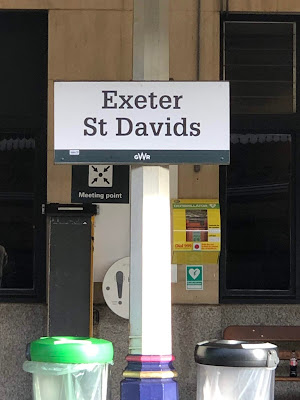 I like to explore the local area when I am on the tour and I encountered many places of historical interest along the way. 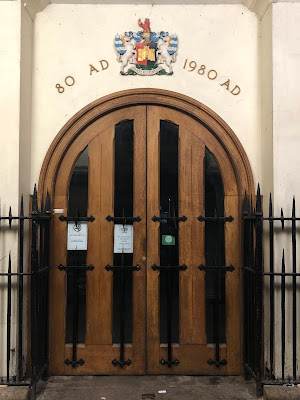 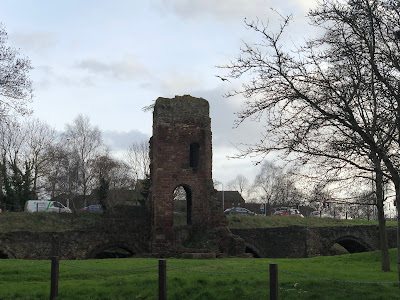 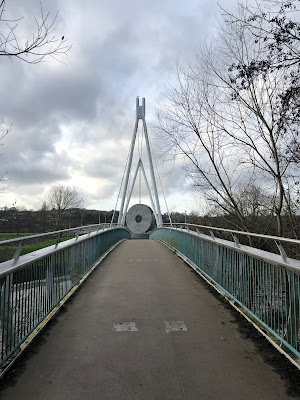 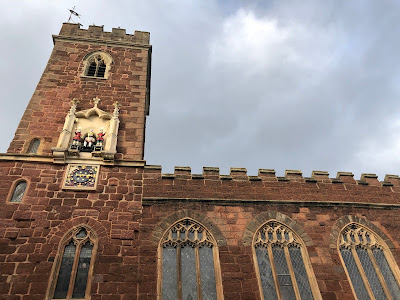 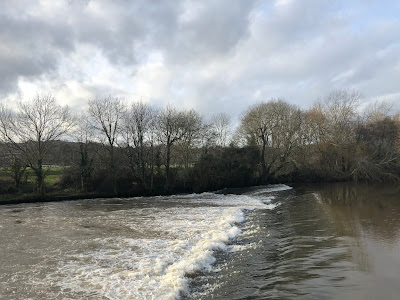 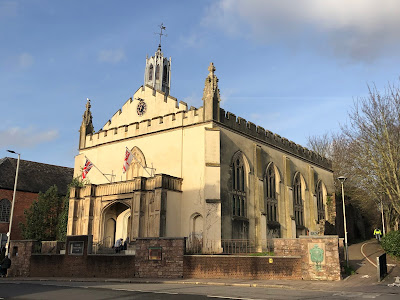 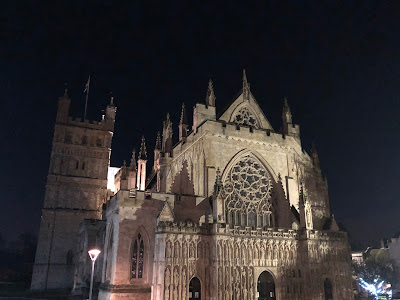 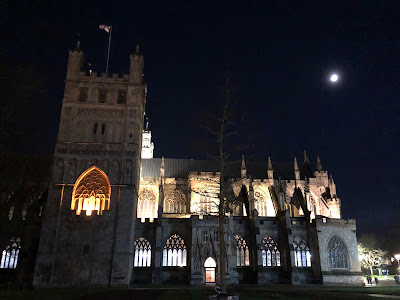 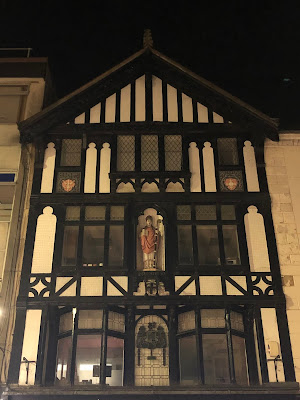 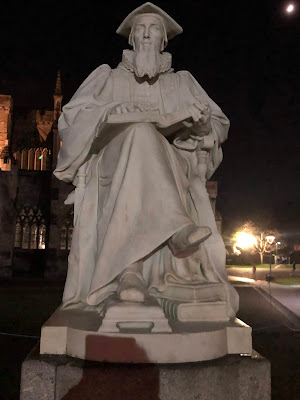 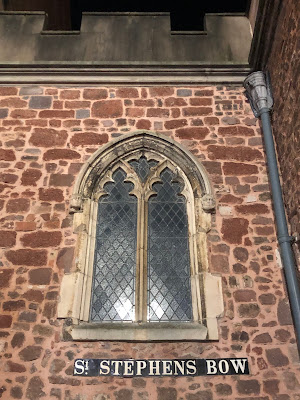 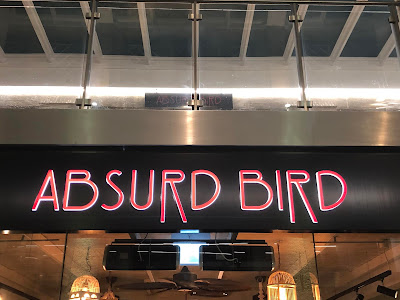 John Stanier, who had enjoyed the Truro day, was instrumental in setting up this leg of the tour and he had found a very worthy venue.

It was exciting, as always, to meet and work with the eight delegates, all of whom applied themselves very well. 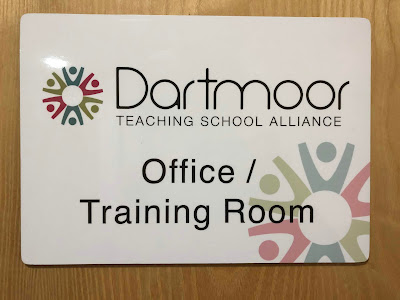 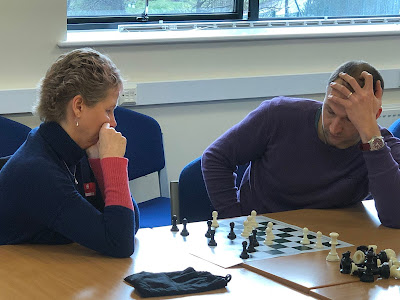 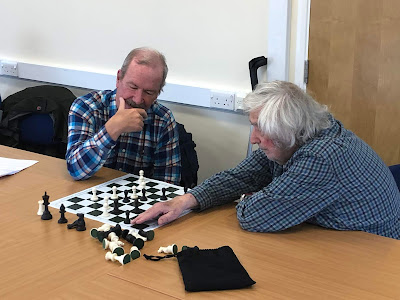 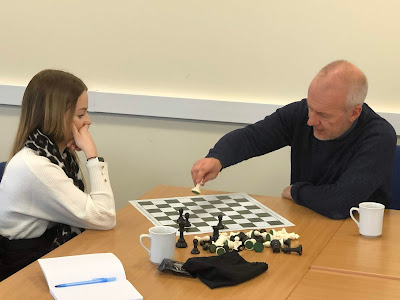 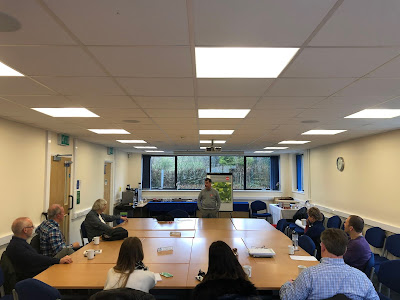 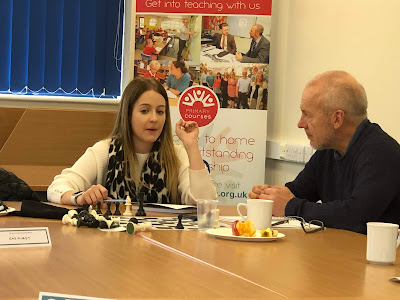 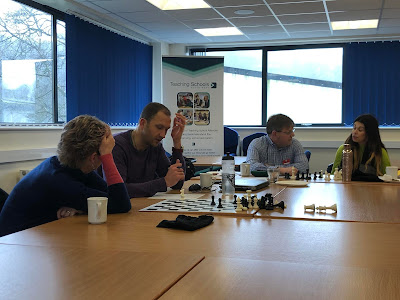 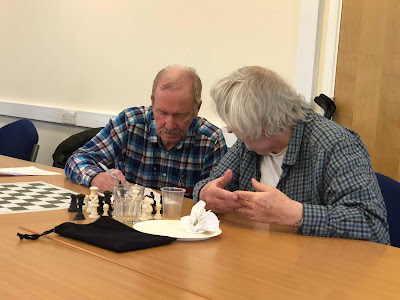 The training days fly by for me. Before we knew it, the day had drawn to its natural conclusion and it was time to say goodbye.

We waited for the taxi beside a babbling brook, enjoying the serene moments before embarking on more long journeys. 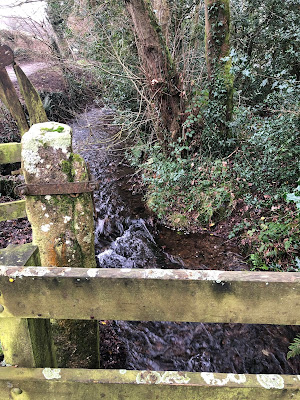 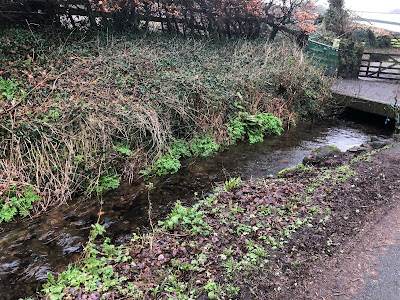 The taxi driver told me of the time, back in 2002, when Michael Jackson showed support for Exeter City, alongside his friend Uri Geller. Most of one hotel had been booked for the entourage. For me, it was a single room in a Premier Inn but hopefully the impact made in our little world of chess will be longer-lasting than that made by the erstwhile 'King of Pop'; Exeter suffered relegation to the Conference League the year after his extraordinary antics.

There was a last look at the local sights as I headed off the train station. Everywhere seemed to be an intriguing mixture of old and new. 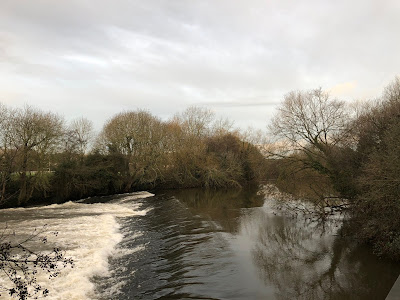 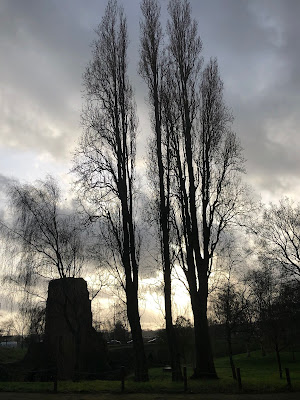 I am not sure people believe me when I say I feel genuine sadness at the end of such a working day, but I do. 32 years in, I still love visiting new places, meeting new people and then seeing what we can achieve together. In fact, I love it more now than ever before.

Thank you to everyone who helped to make the day such a great success.

The forthcoming tour dates can be found here.
Posted by CSC Teesside at 02:06