The 21st Yarm Team Chess Championship attracted 18 teams from all over Teesside. There were sections for Under-9 and Under-11 players; both saw terrific battles for the top places over the course of five action-packed rounds.

Yarm A proved to be worthy winners, conceding only a single draw from a total of 20 games. 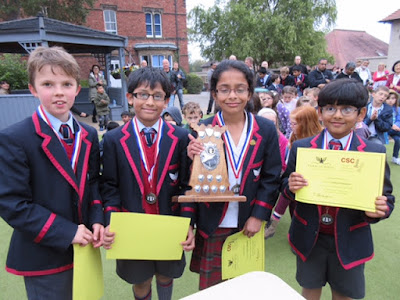 Yarm B managed to secure a fine second place thanks to a big win in the last round. 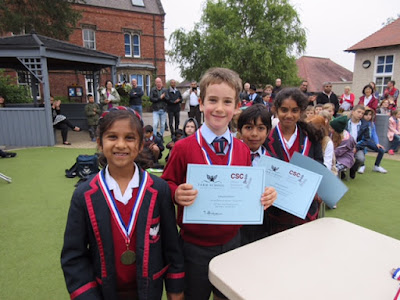 Whale Hill A had a very good day too and they were third overall and the top CSC Teesside team. 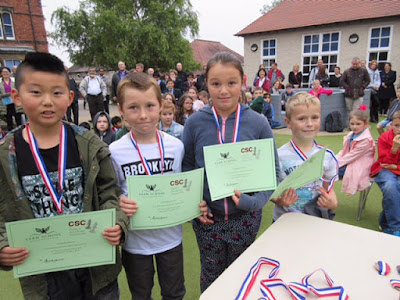 Yarm A took an early lead in the Under-11 section and made sure they didn’t let the title slip away as they went on to win all of their matches 4-0, making it a fantastic total of 20/20! 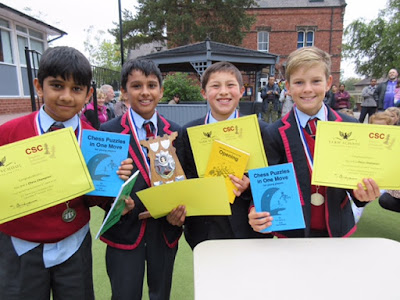 Yarm B recovered well from an early defeat at the hands of the A team and despite a last-round wobble - a 2-2 with Yarm D - they were able to hang on to second place. 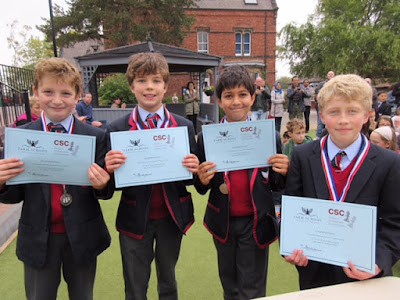 At the start of the final round, seven teams had a realistic chance of finishing third and this place was eventually taken by Wheatlands Primary, who finished just half a point ahead of their rivals! Wheatlands thus became the top CSC Teesside team; an impressive achievement, particularly as they were playing in this tournament for the first time. 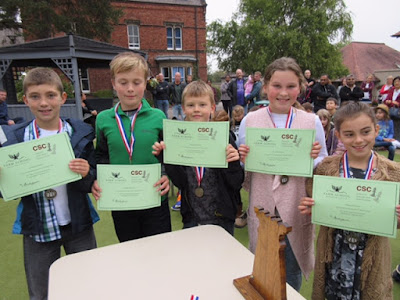 Every player received a certificate and all players whose teams finished in the top three places received individual medals and another certificate. The champions received book prizes too and they will keep the famous rook-shaped trophies for a year. 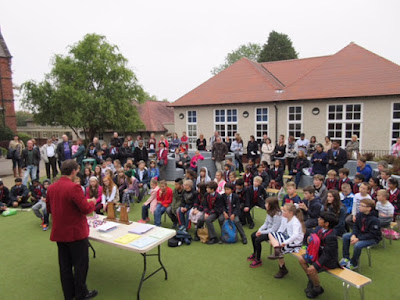 The medals and books were provided by Chess in Schools and Communities.