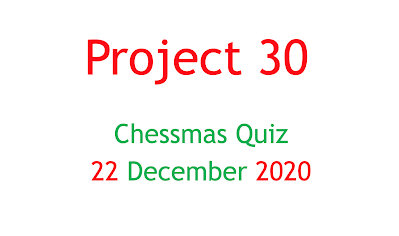 The previous Project 30 Zoom quizzes for both adults and juniors had been very well received and for the Chessmas Special I thought it would be fun to combine the two groups and invite even more people besides.
This was our second event in three days and it followed hard on the heels of the 11th Mike Closs Memorial Tournament.

The questions ranged from Christmas song lyrics to tricky chess puzzles and even included a memory test. 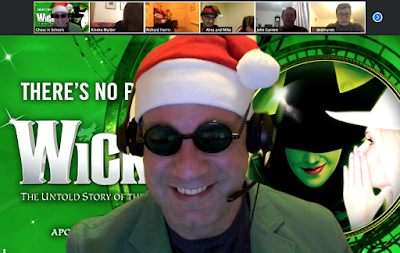 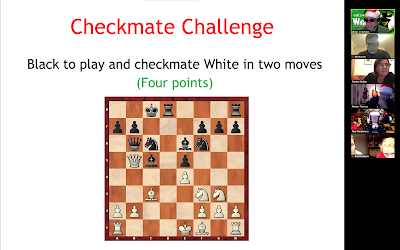 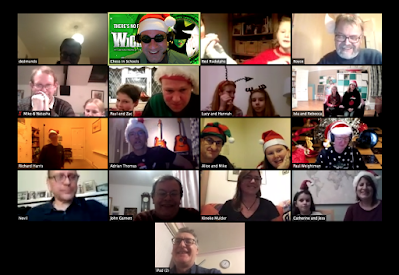 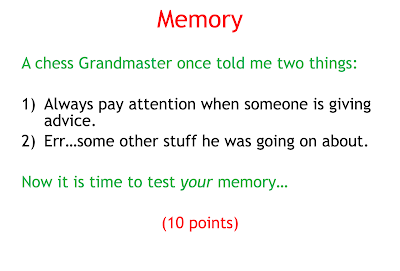 Nevil, Natasha, Paul Weightman, Zac, Mike and Alice were all making their Project 30 Quiz debuts. The icing on the Chessmas cake was definitely when the great Kineke Mulder joined us from Austria.

Chess-wise, Adrian Thomas of the Voodoo Sheiks is a self-confessed non-player, but he more than makes up for it the questions which do not involve chess moves!

John Garnett looked to have seized victory when we counted up the scores, but - wait! - we had promised bonus points for those who dared to dress up for the occasion. Suddenly, Mike and Alice overtook John, thanks to the bonus points earned by their festive accoutrements.

Congratulations to the new champions!

This was the last Project 30 event of 2020; a year which quite clearly finished a very long way from where it started, in so many different ways.

No matter what happens next in the world, Project 30 will return in 2021 for more fun and frolics.

Meanwhile, here is a new festive tune for you to enjoy, featuring the great Adrian Thomas on guitar and drums. Take it away, the The Don't Look Now Band!