I am delighted to announce that two very special visitors will be coming to Teesside on Saturday 21 April.

Grandmaster ('GM') Matthew Sadler and Woman International Master ('WIM') Natasha Regan will be at Yarm School to give talks, simultaneous displays and a book signing.

This event is part of Project 30, (my year-long series of celebratory events).

Matthew and Natasha co-wrote Chess for Life, which was published by Gambit in 2016. 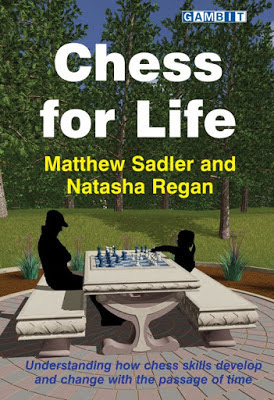 Chess for Life has proved to be a very popular book with players of all ages and abilities. Indeed, I was part of the English Chess Federation Book of the Year panel that awarded it the Book of the Year title in 2016.

Places are strictly limited for this event and, at this stage, will be offered by invitation only.