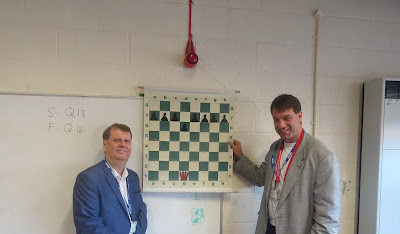 Chris Fegan, Chief Operating Officer of Chess in Schools and Communities, was on Teesside today to see one of our top schools in action.

Last week, when I mentioned to the Park End Y3s about ''a special visitor from London'' one girl became very excited and said, ''Oooh! I hope it's Harry Styles from One Direction! I like him!''

However, despite him not being able to sing his way through Live While We're Young, the children were not disappointed when Chris helped them with their lessons, workbooks and chess mini-games. 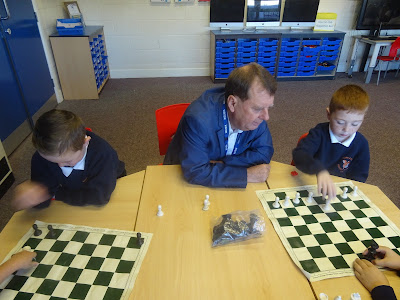 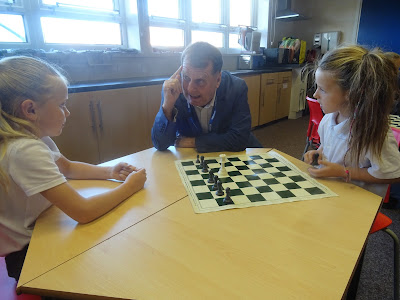 Chris was rewarded with a healthy Park End lunch, which set him up for his return journey back up to London. 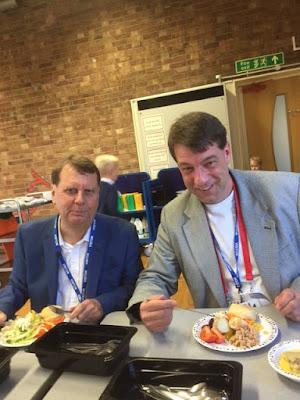 Chris enjoyed his day on Teesside, just as he did last year, and hopes to return in 2017.
Posted by CSC Teesside at 09:51